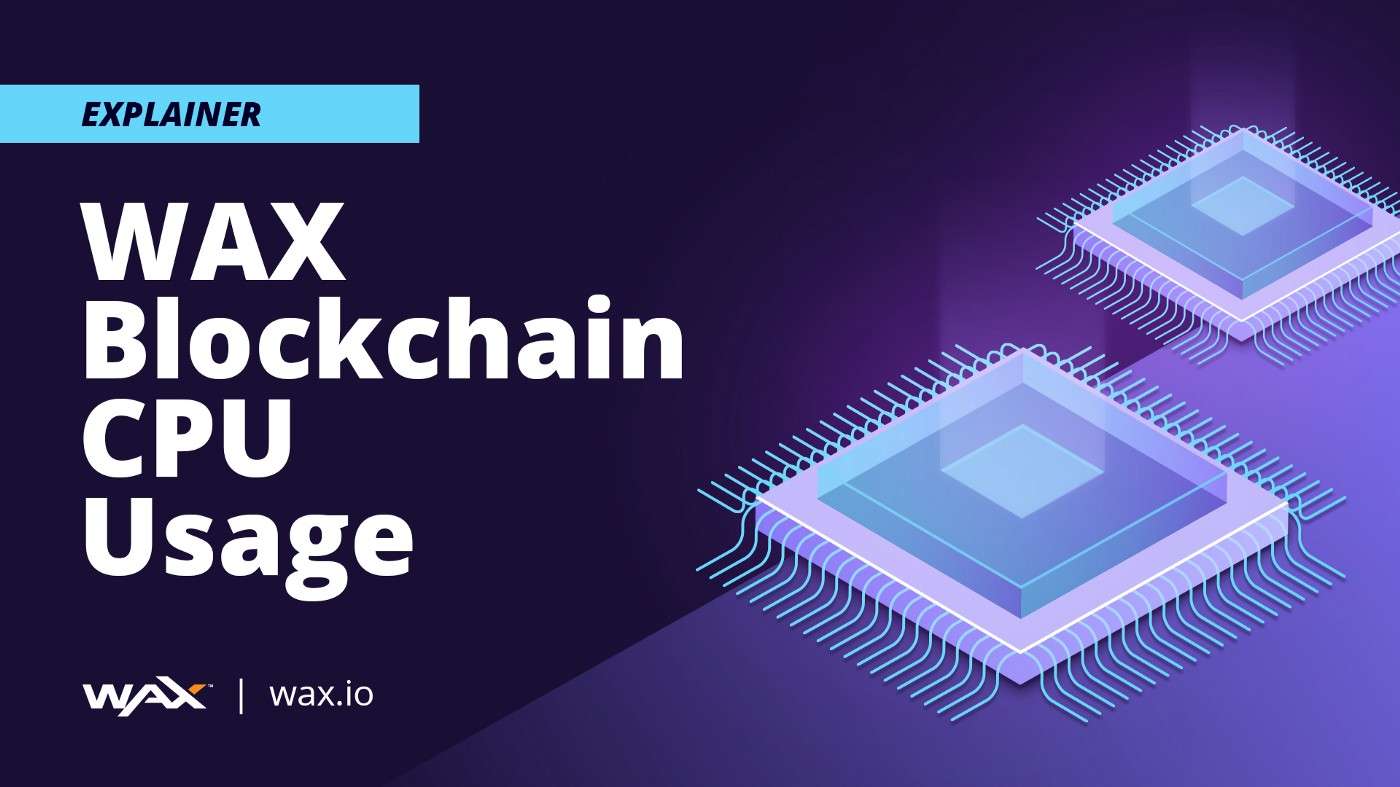 Under this model, you’ll stake WAXP for a share of CPU and NET resources. These resources are finite, and they dictate how many transactions can be validated and committed to the WAX Blockchain per block. Today, the largest blocks can contain up to 1200 transactions with an average block containing 150 transactions.

When we first launched WAX Cloud Wallet, we would pay all RAM costs associated with creating the account and then stake 1 WAXP to CPU and 1 WAXP to NET for all users. This allowed most customers to sign multiple transactions per day without worrying about resources in general.

As P2E became more mainstream, more and more WAX Cloud Wallet accounts were created to take advantage of the new gaming model. As more wallets were set up, fewer and fewer resources would be granted for that 1 WAXP staked into CPU/NET.

This shift required many customers to stake additional resources in order to process more transactions on the blockchain. To ease this spike in CPU usage, we came up with the Boost Resource system.

Instead of staking at account creation as we had before, we would stake dynamically to a customer’s account when they tried to send their blockchain transactions. This change was important because we were now only granting resources to wallets that would actually use them, rather than inactive accounts.

The new Boost Model works by metering RAM, pooled CPU and NET resources in real-time and lending those resources to WAX Cloud Wallet accounts performing transactions. At the transaction execution time, the new system determines whether a customer has reached their RAM, NET and CPU quota and then boosts their resources dynamically.

Boosting up to 5ms of CPU usually allows for approximately 10 transactions on the blockchain. Of course, not all dApps are created equal and some may have much higher resource costs per transaction. Let’s look at two and compare:

So with Boost, you can perform about 10 mining actions in Alien Worlds but only send a single play action in NOA game.

This new system drastically reduces the resource pressure on the chain and improves the overall user experience for WAX Cloud Wallet customers.

This may have you asking what is next for CPU on the WAX Blockchain. While we can’t share all our secrets, we have multiple scenarios mapped with varying timelines where we will enhance, tweak or overhaul the current resource system.

Our resource model is something we take seriously, and as such, we are not inclined to push out something that could be considered a band-aid fix — rather, we’re looking to tackle the root of the problem and allow everyone to transact easily and quickly when trading or playing on the WAX Blockchain.

Want to learn more? You can check out these articles: