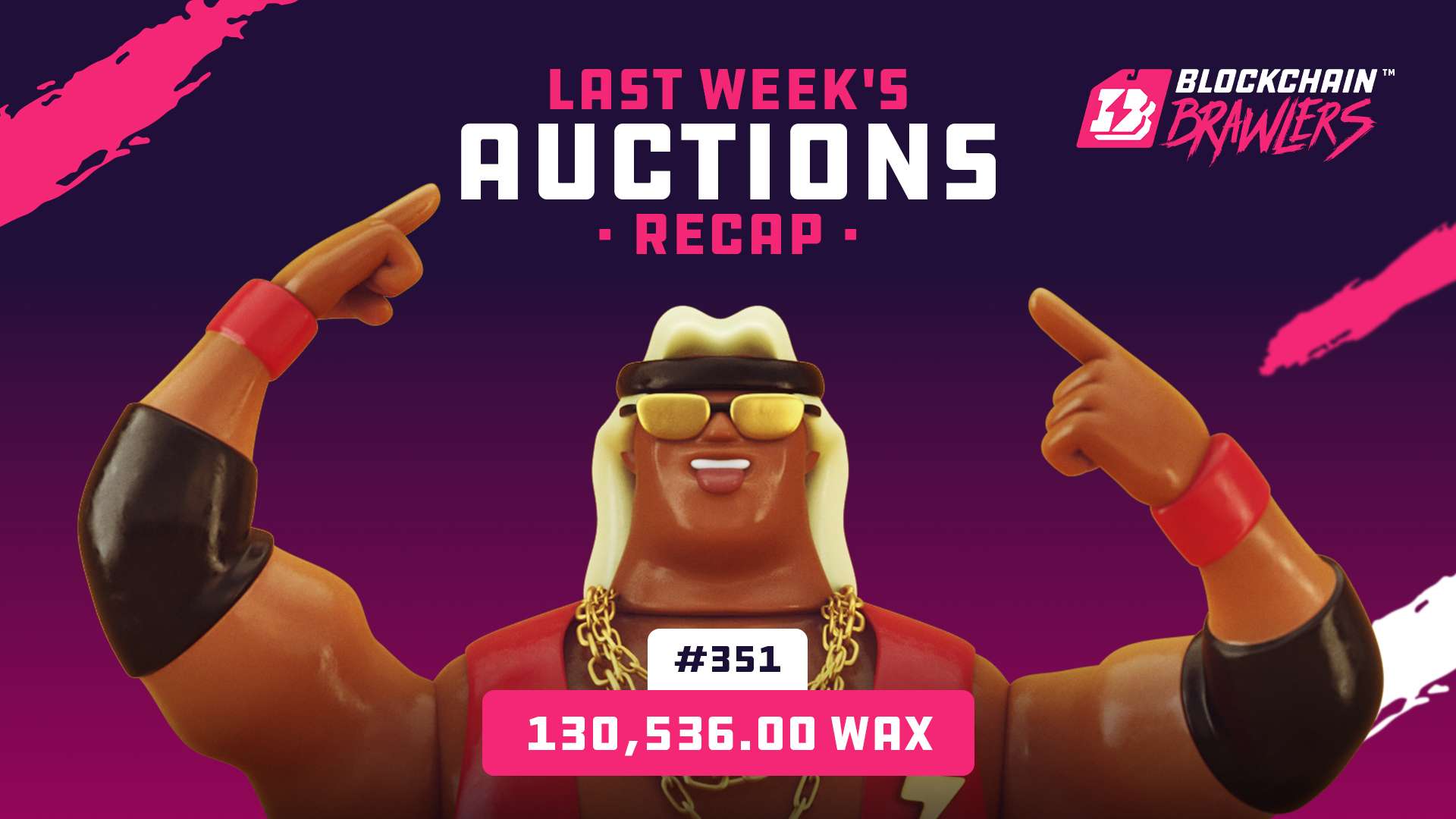 Top Brawlers of the Week

The Glitterati Kid smashed the all-time record sale for Brawlers with a whopping 130,536 WAXP sale, with all four amassing 482,646.89 WAXP. But that’s not all, Hyper Viper, Axel Shredman, Dutch Courage and the Chugmeister all knocked it out of the park!

After all was said and done, we were blown away. All five of the guys together garnered an astounding 2,246,389.63 WAXP! Woah.

If you haven’t had enough, there are plenty more opportunities to get your hands on a totally rad 1-of-1 Brawler — this week is sure to pack a punch!

These “Founder’s Edition” Legendary Brawlers are making their debut on WAX starting today. Have your clicking finger ready to go, these auctions are getting wild!

Mortar Slaughter’s just a small-town boy from Truth or Consequences, New Mexico but his alter-ego is keeping him captive. Has a pet bat named Doris. If you see her peak out of his leather halter, run the other way.

Born and raised on Three Mile Island, Duke Neutron brings the meltdown. When you hear the siren go off and the crowd erupts, you know he’s lured his opponent into the disaster zone. Being radioactive only adds to his mystique.

Bull Nelson was brought up on crime, corruption and cars. Just because he’s a Detroiter, that’s not an invitation to bad-mouth his hometown. He’ll crush anyone and everyone in his path in over-the-top matches, so show some respect.

A famous and fearsome Māori warrior, Kapane Kakari has earned his bragging rights. This unforgiving slayer of the South Seas inflicts immediate and absolute victory over his competitors with lethal finishing maneuvers.

Dave ‘Racing’ Greene has reinvented himself a number of times over his illustrious career. Formerly an F1 Race Engineer, he now obliterates his rivals with pile drivers and possesses versatile skills using his cape as a weapon.