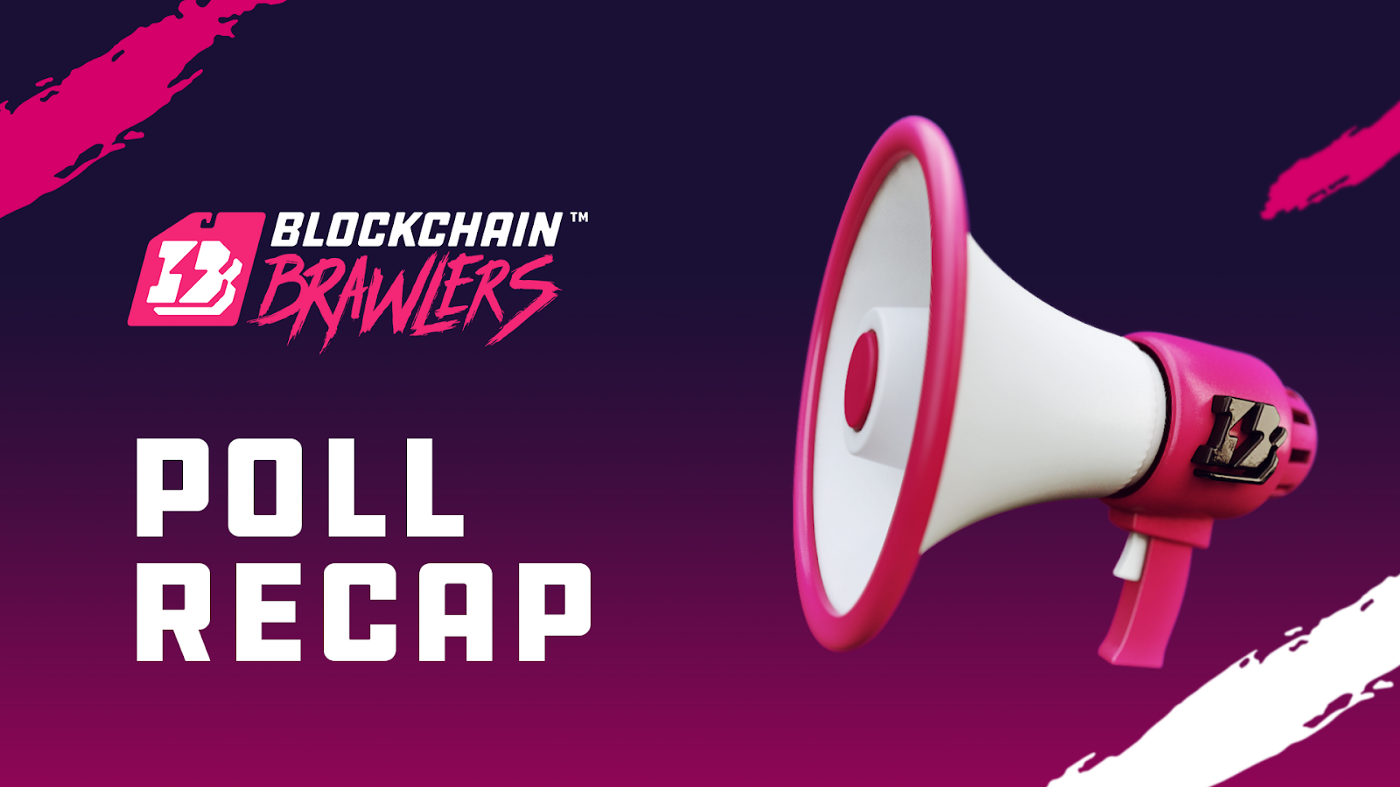 Charts provided by The Oracle, official analyst of The Brawlerverse.

The Blockchain Brawlers are working their spandex-covered arses off in the Ring, and the competition is starting to ramp up.

As mentioned, we want you to collectively play a significant role in how the story unfolds.

Your involvement is crucial to making the Brawlerverse the best possible version of itself.

To accomplish this, players who reached level 10 and up in Discord were invited to answer questions to help create the world of Blockchain Brawlers — the BRAWLERVERSE — which you’ve seen take shape on Twitter and Discord.

Here’s how the community responded:

How much DRAMA do you want in the storyline?

The average answer on a scale of 1 to 5 was 3.4 — so, we’re going to see a healthy mix of realistic sport-like incidents, as well as some over-the-top antics and petty play.

How much COMEDY do you want?

Everyone loves Brawlers for their hilarious quips and spunky attire. An average answer of 4.2 is going to ensure that the laughs and good times keep rolling.

We asked you to rate your favorite sports, here are the results:

The votes have it — expect to see some wild moves in the Ring!

Do you want the Brawlerverse to feature a hint of mysticism?

Something tells us all that these fellas are anything but “normal.”

Some pro wrestling angles (storylines) are long rivalries between opponents, while others are short and sweet feuds. Which do you prefer?

An average answer of 3.5 paves the way for medium-length grudges and feuds that are sure to keep you on your toes.

Bodyslam Bay takes the cake finishing #1 out of all names.

Get Ready for Some Fun Ahead

Thank you to everyone who participated in this poll, as it’s a guiding beacon for how the Brawlerverse is going to develop in the near future. We’ve only scratched the surface — keep your eyes peeled for more polls in the future!

Have thoughts or input? Hit us with it in the Discord.

Get out there, Brawlers!