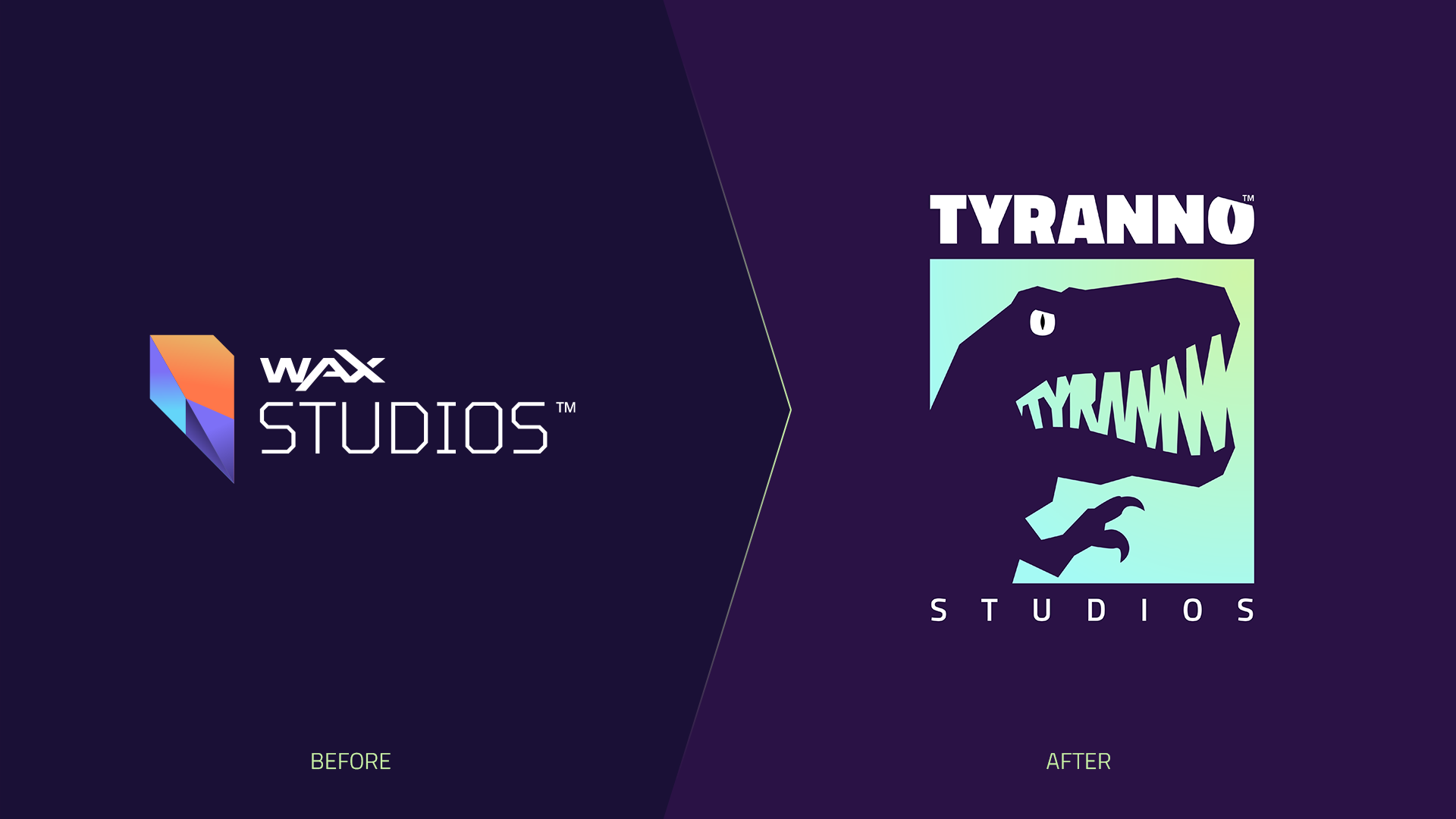 WAX Studios, the Web3 game developer and publisher behind numerous Web3 projects, including non-fungible tokens (NFTs), digital wallets, marketplaces, and games like Blockchain Brawlers (BCB), is excited to announce that going forward, it will be operating as Tyranno Studios — but this is much more than just a name change.

Historically, the name WAX Studios has been inextricably linked to the Worldwide Asset Exchange (WAX), the blockchain where we originally deployed our in-house projects as well as numerous collaborations with third-party brands, including Sony Pictures, Mattel, AMC Theaters, Funko, Hasbro, and others. However, for Web3 to truly blossom, this new iteration of the Internet needs to be highly interoperable, allowing users to freely transfer their assets between chains.

From the very beginning, we strongly believed that players owning and controlling the assets they have acquired is a cause that’s greater than ourselves and that Web3 can drastically change the way people interact with gaming experiences and in-game economies.

Bringing ownership to a mass gaming audience is the real goal. In this sense, Tyranno Studios’ multi-chain mission exemplifies a wider focus on decentralization and digital ownership to bring even more value to players and developers alike and continues the studio’s commitment to the core principles of Web3. Because first and foremost, this gaming space needs to be inclusive and transparent instead of confusing.

As it stands today, a lot still needs to be done in the blockchain industry as a whole to make the user experience frictionless — and this is exactly what Tyranno Studios is set out to do. We believe in the multi-chain future and making blockchain more user-friendly, so people won’t have to be constantly figuring out “what blockchain is this on? And what wallet do I need?” Instead, we want to empower people to just find the games, collections, and services they are interested in, and freely use it on a chain with which they are familiar.

At the same time, different blockchains offer unique strengths and benefits specific to their respective ecosystems, and users must be able to freely choose which of these networks resonates with their needs the best. So by going multi-chain, Tyranno Studios can greatly improve the overall user experience and accommodate as many gamers and Web3 enthusiasts as possible by increasing the connectivity between the WAX ecosystem and other blockchain ecosystems.

The Future is Multi-Chain

One of the most important cornerstones of decentralization is giving people full control over their digital assets and personal data — and this shouldn’t be limited to any single blockchain.

To bring this vision closer to reality, the studio plans to significantly enhance its multi-chain capabilities in the coming months, starting with Ethereum. Namely, Tyranno Studios’ flagship NFT-based game Blockchain Brawlers (BCB) will soon launch a new round of Ethereum-based NFT land sales.

Being a prime example of Play-and-Own, Blockchain Brawlers’ goal is to have the game and its assets bought, sold, crafted and enjoyed by as many players as possible. By going multi-chain, BCB’s player base will get bigger than it could have ever been by staying chain-exclusive.

Initially, the new NFTs will be able to be bought and sold on both Ethereum and WAX while BCB’s core game operations will remain solely on WAX. However, Ethereum-based land plots will be functionally identical to their WAX-native counterparts, offering exactly the same utility and benefits that early purchasers received on WAX. At the same time, NFT holders will be able to seamlessly move their assets between Ethereum and WAX.

This is also important since we are in the midst of Ethereum’s Merge, perhaps the biggest and most significant upgrade to Ethereum so far. Apart from the fundamental shift from a Proof-of-Work to a new Proof-of-Stake consensus mechanism, the Merge will reduce the network’s energy consumption by approximately 99.95%, according to the Ethereum Foundation.

One of the main reasons WAX was the only home for Blockchain Brawlers and other projects is the environment. Not only did WAX solve many environmental issues presented by NFTs minted on Ethereum, but its developers also have an environmentally-focused mindset aimed at erasing WAX’s carbon footprint. However, as Ethereum itself is about to become substantially more sustainable and climate-conscious, it is only logical to expand our presence in its ecosystem as well.

Ultimately, Tyranno Studios’ and Blockchain Brawlers’ multi-chain mission will increase the connectivity between the WAX ecosystem and other blockchain ecosystems. This exemplifies a wider focus on decentralization that will help us bring even more value to our players and our continuing commitment to the core principles of Web3, including privacy, transparency, inclusivity, and true digital ownership.

Unleash the power of blockchain gaming and Web3. The rapidly growing team at Tyranno Studios specializes in building best-in-class blockchain games, utility-based NFTs, and Web3 products across multiple blockchain ecosystems. Tyranno Studios also partners with some of the best consumer brands, including the likes of Mattel, Hasbro, Funko, and NASCAR to create and deliver premium vIRL™ NFT collections to the mass market.