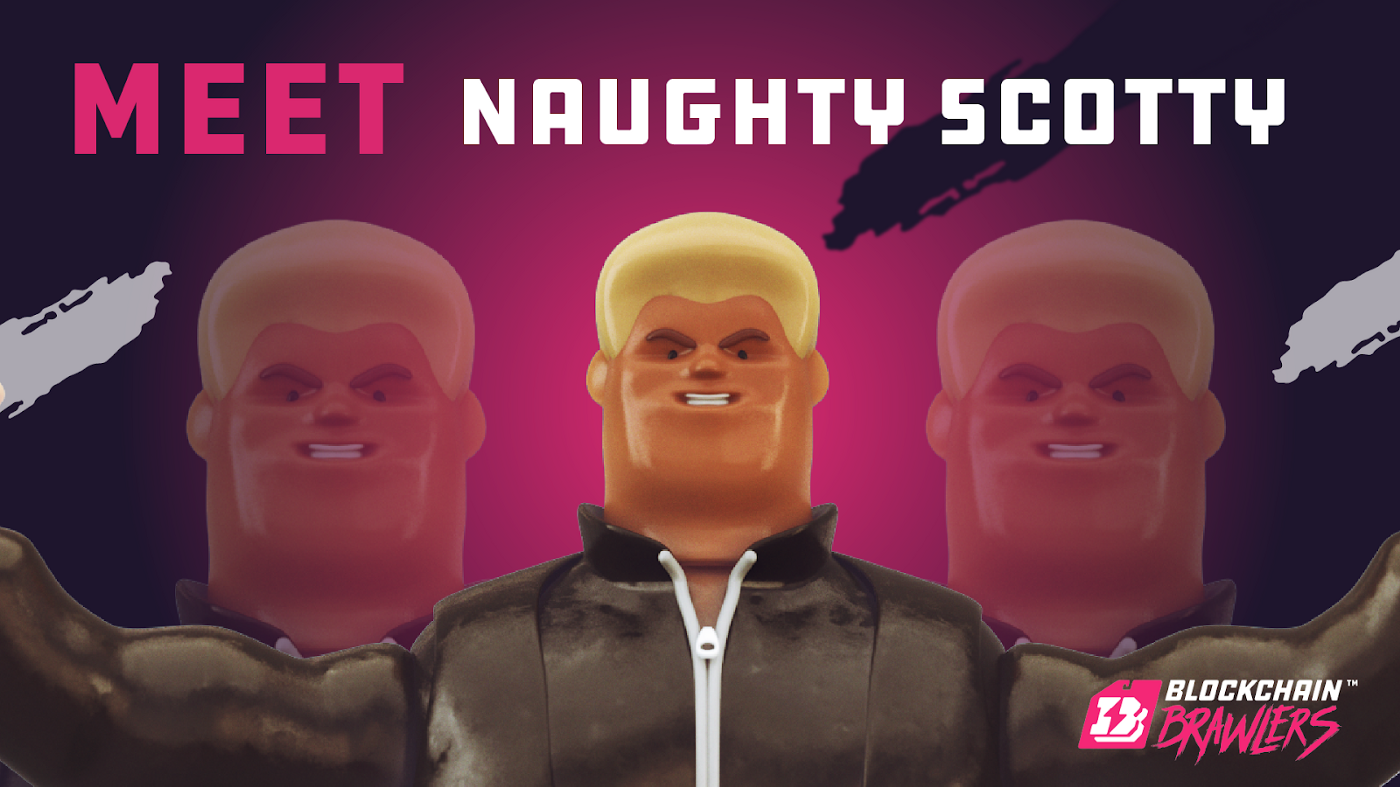 A couple of weeks ago, we revealed that Scotty Wideye disappeared prior to the Feats of Greatness after party and that he was later discovered injured. We told you that your beloved “Wideye Wonder” might be gone forever.

Come to find out, the ultimate Gold generating mega-star’s time has come to an end. After all, nothing lasts forever.

Scotty is now officially out of action, but not completely.

He was tempted by the dark side (it could have been all that Goldschläger) and will be returning with a radically revamped image to go along with his new recipe and his new in-game performance.

This is one of those moments that nobody saw coming. As it turns out, Scotty is simply better at being the bad guy. In place of the “Wideye Wonder,” we’ll be introducing a new and improved… Naughty Scotty.

And boy is he making his presence known!

Naughty Scotty is a shell of his former self and is angry as hell!

This Common Brawler couldn’t be more excited about his big comeback in the Ring — ready to do whatever it takes to win. Can you blame him?

Scotty’s new motto: “Even when I’m supposed to be good, I’m bad.”

How to Craft Your Naughty Scotty

Today marks the end of the most epic Scotty Burn Event. Starting today, you can also start crafting your very own Naughty Scotty with the following recipe: 4,700 BRWL and 5 Gold.

His output is 17 net BRWL per match, and just like good ol’ Mike Yellerbelly, he never needs to be healed. When it comes to Gold, he earns it at a 3.3% drop rate.

Naughty Scotty represents a nice level up for Mike Yellerbelly players who are familiar with the game’s construct and want to start generating more BRWL.

Although he may not perform as well as Barry in terms of a match over match comparison, he does have a longer ROI when compared to the acquired NFT assets from the recent Burn Event.

Can this new Scotty be swagged out?

Absolutely — just not quite yet. Naughty Scotty is a mint-on-demand NFT. Our hope is that you craft him and immediately put him to work in your current lineup of Brawlers. If you happen to be a Yellerbelly owner interested in possessing a Common Brawler using a Common Ring, this is an awesome crafting opportunity.

As always, if you have any questions or comments please feel free to reach out via the channels of your choice.