Music Mogul Recording Rooms Take You to the Charts 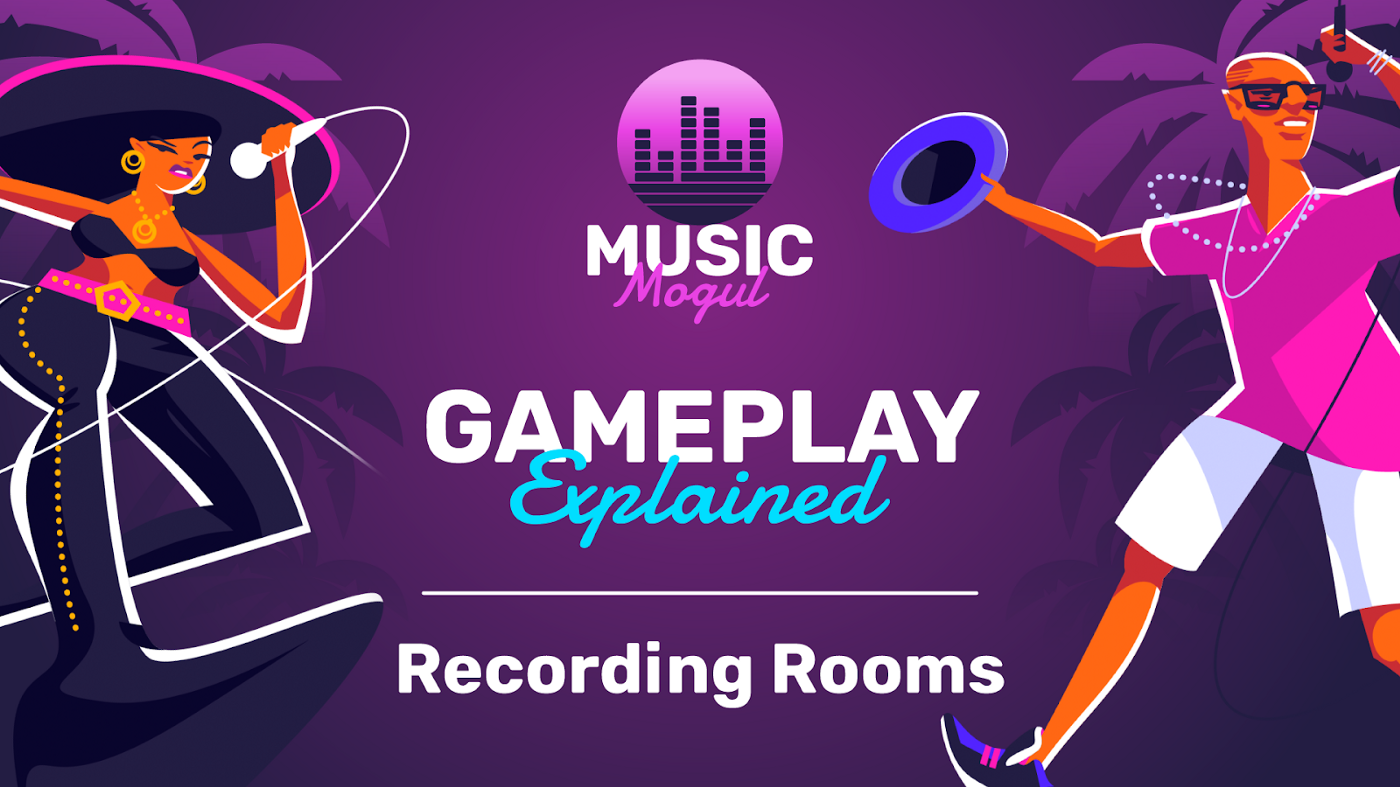 Learn how you can participate in Recording Rooms, climb the Charts and build your music empire.

WAX Studios’ upcoming Web3 play-and-own game Music Mogul gets closer to launch with every passing day. This fall, get ready to take the spotlight and really feel what it’s like to be a world-famous music exec.

We’ve seen what it means to hit the road and go on Tour, and now, it’s time to step into the Recording Room and show the world what you’ve got.

Ready to Record: What Do I Need?

Recording Rooms usher in the PvP aspect of Music Mogul, where your Artists of all different Star Power levels and Genres can start to climb the Charts and begin their rise to fame and fortune. In return, they will bring you Notes, one of the two currencies for you to collect.

So, here’s how it works.

From your collection of Musicians, you will be able to select which Artists you’d like to put into Recording Rooms. This might feel reminiscent of preparing a lineup in a fantasy sports league, where you can strategically place certain Artists in Recording Rooms to create a Roster that can make a splash in the industry — and on the Charts!

In order to send your Artists to the Recording Rooms, you will first need a sufficient amount of Keys, which are earned from Touring.

Once your Talent is assigned, they will need to be “locked in” for the week, making it important to strategize and decide if your Artist brings more value to Recording Rooms, or if they’d better serve you by going on Tour.

Make sure to choose wisely to make the most of what you’ve got!

You will earn some Notes based on how your individual Artists rank on the Charts, but the real rewards are based on how your entire Roster of Recording Artists rank in comparison to other players’ Rosters. The higher your Roster’s score on the various Charts based Leaderboards, the more Notes you will win that week.

Getting your name on the Chart based Leaderboards is essential to building your music empire. It’s where the world will get to know, respect and envy you, so it’s best to make yourself known and establish dominance in the industry.

There will be several different Chart Leaderboards for you to compete on, including the following:

In addition, there will be Leaderboards determined based on other criteria, such as specific Roster sizes and record Label Level, ensuring that players of all different Powerscores will have some Chart Leaderboards they can be competitive on — we’re talking about everyone having the chance to play and compete, all the way from “indies” to “bigs.”

Even if you are just getting started with a small Roster of Artists, there will always be somewhere for you to make your debut and begin your path to stardom.

Keep your eyes peeled for upcoming Music Mogul news and Pack sales — more is on the way!

Have questions or just want to chat with like-minded music enthusiasts? Check out the community Discord here.