May Calendar Updates for Blockchain Brawlers Are In! 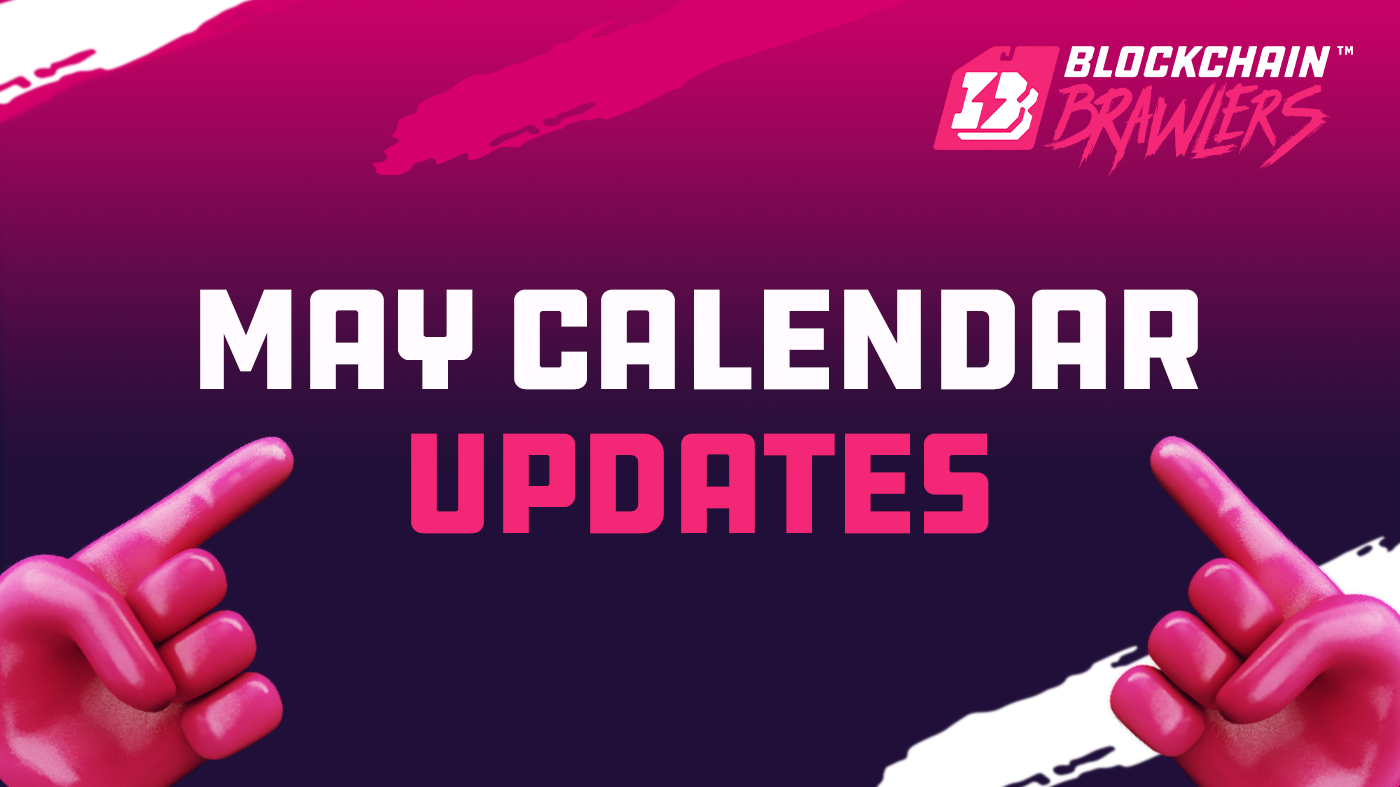 In the world of live-operated games, the only constant is change — the Blockchain Brawlers 12-month roadmap is no exception.

Some of the new features and functionality we intended to share with the community in May have already dropped. There are also a few updates that got moved up on the roadmap that we did not intend on releasing so soon.

Below, we’ll take you through these decisions and our reasoning behind them.

Starting at 10 am PST/1 pm EST on Friday, May 6th, we will allow Scotty Wideye owners to burn their existing Scotty Wideye NFTs as part of a crafting recipe to score a brand new Barry Greenhorn.

This event will run for just 48 hours.

Barry generates significantly more net BRWL output per match than Scotty does, but does not generate as much Gold. Unfortunately, Scotty’s that are Swagged out cannot be part of the recipe.

The recipe will be as follows:

On May 17th, we will be rolling out a Brawling limitation window. This will let players Brawl a maximum of 16 times per slot over a 24-hour period.

The rewards and costs per Brawl will be exactly the same. In order to do this, you will need to opt into a lock-out window where you agree that your Brawler NFTs will not be able to be moved from your in-game inventory to your wallet to be sold until this 24-hour window has expired.

We think this is a healthy quality of life change that will help bring balance to the accumulation of assets in the game for all of our most dedicated Brawlers.

Before the end of May, we will be announcing a pack sales event tied to a new Brawler that will be entering the squared circle. His name and whereabouts are TOP SECRET, but expect to see about 4,950 of this Brawler and his new owners hitting the mat in the next four weeks.

There might also be a very surprising new wrinkle or two when he enters the Ring. Let’s just say Scotty thought this rival was in his rearview mirror, but some craziness is about to unfold.

Following our announcement on the “Big Burn” event last week, when we reduced the amount of the BRWL token cap from 1T to 1B (a 99.9% reduction), we were asked how long it would be until we reach the point where there is no more BRWL to be mined.

This is a great question, and we will be delivering an in-game interface that displays the progression of the community towards reaching the cap. We anticipate this to be live before the end of the month.

Given the Brawl limitation window and all the other more desirable features being built, this previously announced feature will move to the back of the lineup and will remain in consideration if it helps solve problems for our players and has a net positive impact on the business. It is not dead by any means, but the need for it now has been significantly reduced.

These updates reflect the up-to-the-minute news. We are incredibly excited to share these plans with you, our players, as a lot of these “asks” came directly from our player base.

As always, we appreciate hearing your thoughts and feedback wherever you live in the digital world of Blockchain Brawlers. LFB!