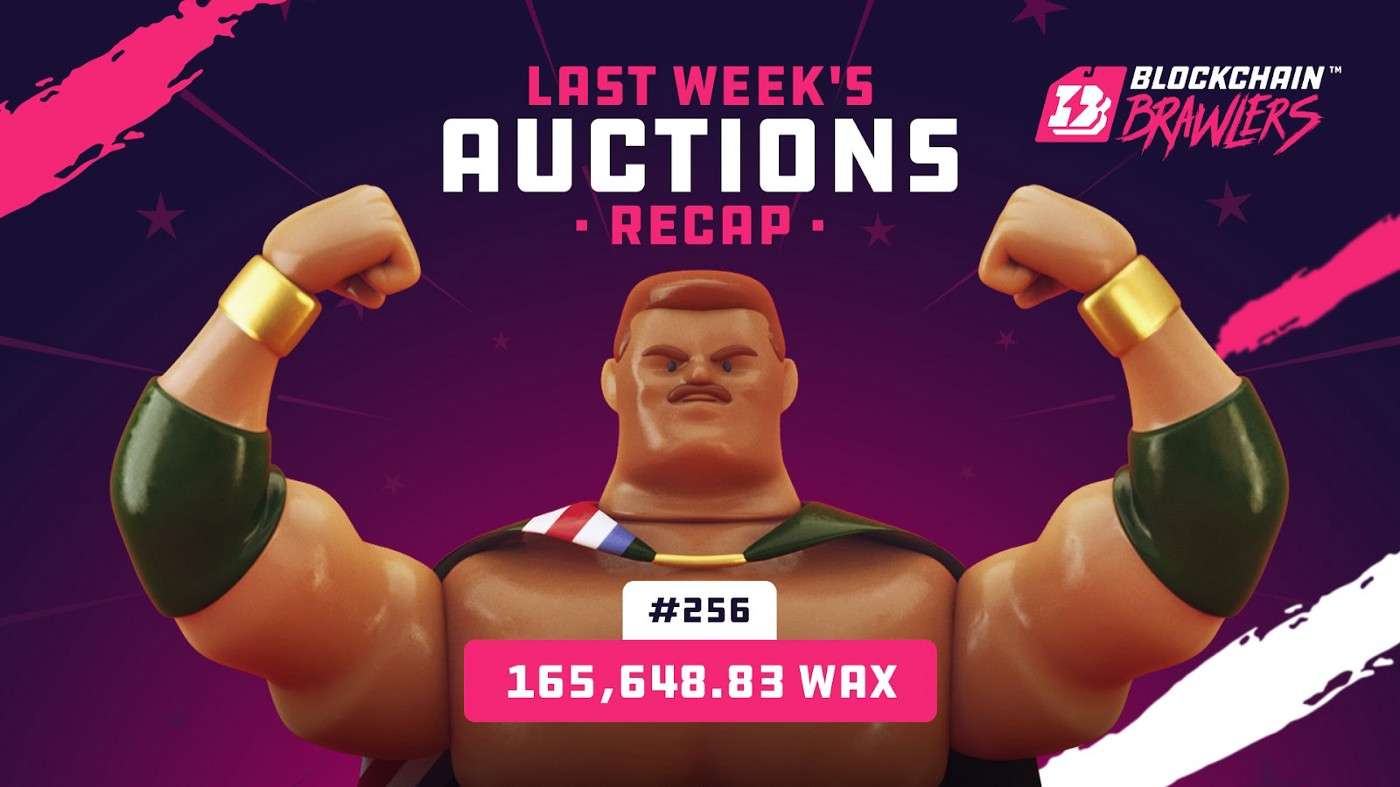 Each week, new records are being smashed. These guys are kind of a big deal — attracting voracious demand internationally.

Top Brawlers of the Week

Competition was fierce during last week’s auctions. Dave Racing Greene led the pack with a final eye-popping bid of 165,648.83 WAXP, with all four bringing in a total hammer price of 385,989 WAXP. Other sought-after Brawlers from the auction include Kapane Kakari, Bull Nelson, Duke Neutron and Mortar Slaughter.

Following the auctions, these five Brawlers brought in a massive 1,433,389.50 WAXP. Holy mackerel!

Didn’t get lucky last week? An exciting week of auctions continues this week over on WAX Digital Auctions so you can score a “Founder’s Edition” Legendary 1-of-1 Blockchain Brawler of your very own.

These “Founder’s Edition” Legendary Brawlers are making their debut starting today. Check ’em out and let the bidding begin!

Ja-Mek-In U Crazy may be from the heart of Jamaica, but he’s far from laid back. The only time you’ll hear him saying, “No problem, man,” is if you ask him to go head-to-head in the ring. Nothing good ever comes from messing with a dude in full blown body armor.

From Sarasota, FL, The Flamingo flamboyantly flounces. Picky eater. Only enjoys pink foods. Must eat while upside-down. Will honk loudly when tickled.

Hailing from Flagstaff, Arizona, Grand Canyon has the widest shoulders the world has ever seen. Misses leg day too often in the gym. His calves can barely support his upper body.

Everyone in Sierra, NV knows The Honey Badger for his excessively long fingernails. Is somewhat of a hermit when not in the ring.