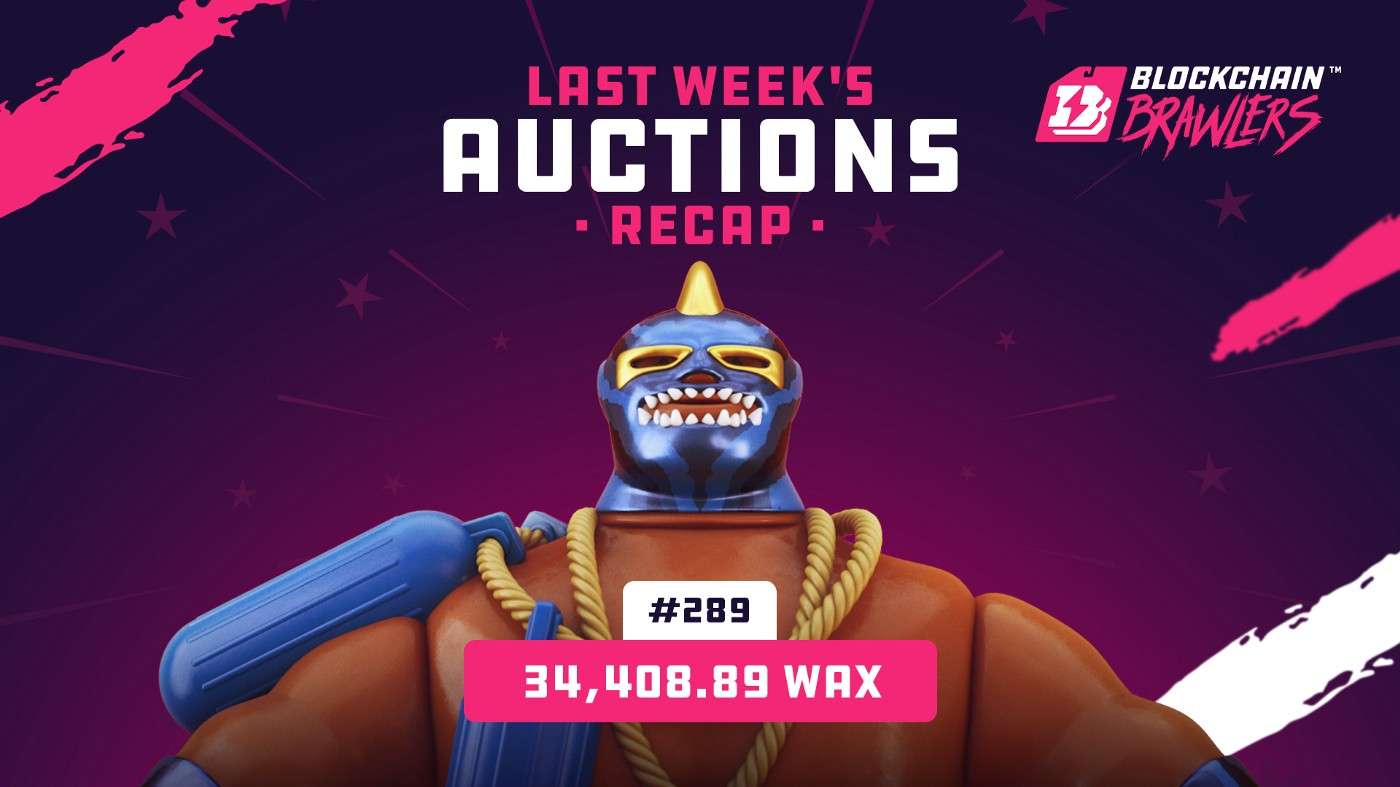 This past week’s Blockchain Brawlers auctions were a blast!

The “Founder’s Edition” Legendary 1-of-1’s keep on keepin’ on, bringing the heat both in and out of the Ring.

This week, the spotlight shifts again to a whole new set of spandex-flaunting Brawlers for you to get your hands on, so get ready for some more action!

A vicious beast both in the water and on dry land, Sharktank took the win for last week’s auctions with a powerful 34,408.89 WAXP sale, with all four variations totaling 111,508.89 WAXP.

The rest of the crew, Prussian Nightmare, Iron Spider, Wild Bear, The Mosquito, Dark Matter, Fannypackman Jones, New Yorkupine, The Harlequin and Tug-O-War were nothing to breeze over.

After everything was said and done, all the Brawlers together amassed a whopping 969,834.36 WAXP.

We’re not finished, yet. This week, we have the pleasure of introducing five more killer “Founder’s Edition” Legendary 1-of-1 Blockchain Brawlers to enter the Ring with. Get bidding and don’t miss out!

The pride of Lima, Peru, El Icono doesn’t wear spandex, spandex wears him. Enjoys watching his pecks dance in the mirror before a fight.

Hailing from West Monroe, LA, Don Dynasty has skin like a leather wallet and hair bright as the sun. Has perfected over 10 duck calls. Made for the spotlight.

A time traveler from Hibernia (aka ancient Ireland), Frazer Blade eats his foes’ fingers in the ring. Keep your hands away from his mouth at all costs.

Hails from the unpronounceable Tweebuffelsmeteenskootmorsdoodgeskietfontein in North West Province, South Africa. Former Coast Guard who went rogue. NOT someone you want to be rescued by on the high seas.

From Flyover County, USA, Heartlander loves America and thick gold chains. Charms the ladies with his classic babyface. Just had his truck reflagged.