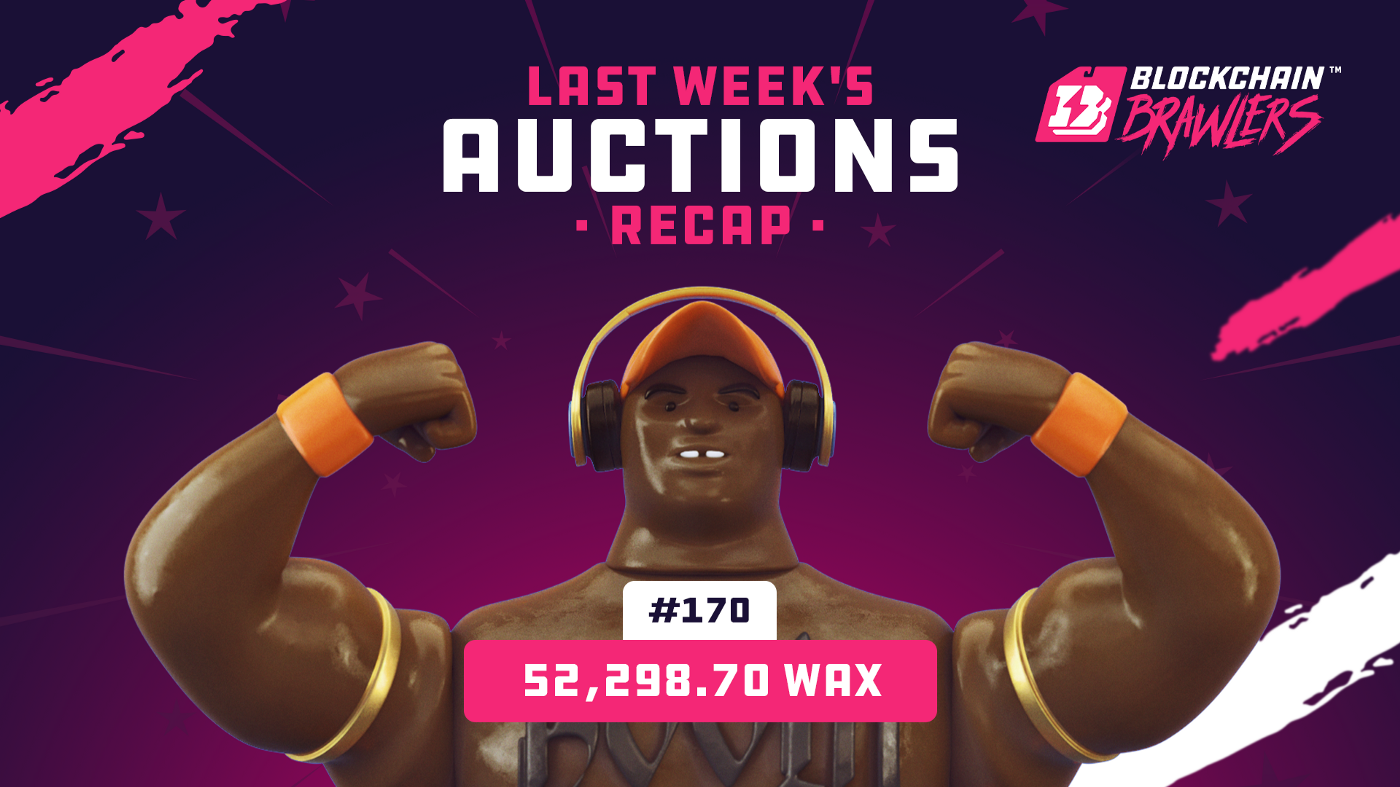 Last week’s Blockchain Brawlers auctions were no joke. The “Founder’s Edition” Legendary 1-of-1 Brawlers have been selling like hotcakes, and it’s easy to see why!

But wait, we have more on the way! Just when you thought the fun was over, the Brawlers are getting ready to bump it up a notch. Plus, from here on out, expect to see double the auctions with 8 NFTs posted every 24 hours, instead of the previous four.

Buckle in, things are getting wild!

The other fellas weren’t far behind — Liger Mask, Gastank Greg, Gun Show and Rip Billions lit the Ring on fire, grossing a total of 604,900.48 WAXP.

One final exciting week of auctions remains, giving you a chance to land a “Founder’s Edition” Legendary 1-of-1 Blockchain Brawler of your very own.

The auction bell rings again, introducing 10 new “Founder’s Edition” 1-of-1 Legendary Blockchain Brawlers over the course of this week. Start bidding for a chance to get into the Ring with style.

Both El Loro and his parrot Sinatra raised each other on the streets of Rio de Janeiro. Only says “Hello” and “Polly Wants a Cracker.” Pecks at opponents in the Ring.

West Point’s where it’s at! War Chest’s gleaming patriotism is a sight to behold. Doesn’t know any of his constitutional rights, hopes you don’t know yours either.

Born and raised in Boston, MA, The Boston Crab’s accent is thick, but his arms are thicker. Hates when people say “khakis” in a way that sounds like “car keys.” Will pinch you. Hard.

Sonny ‘Fingers’ Romano is from The Jersey Shore and the kid of an ex-mafia boss. Loves to rap knuckles both inside and outside the ring. His pants are so tight his voice is higher than he’d like to admit.

From the ancient city of Pompeii, The Volcaniac is one hot mess. His purple lava tears are deadly, and his knees get wobbly before he attacks.

All the way from Oslo, Norway, Blast Risengrind once starred as an extra in an obscure rapper’s music video — it never aired. Quite terrible on a skateboard, but the ladies love it.

He’s big, lovable and from Montville, CT. Stormin’ Norman loves his old fashioned kettlebells and the leotard his mom made him when he was 15-years-old. Tried to take his mask off recently, but it’s stuck!

From Bell Buckle, TN, Rick Lionheart’s ferocious attitude will teach you what’s what. Hates having his belly touched. Always lands on his feet — except when he doesn’t.