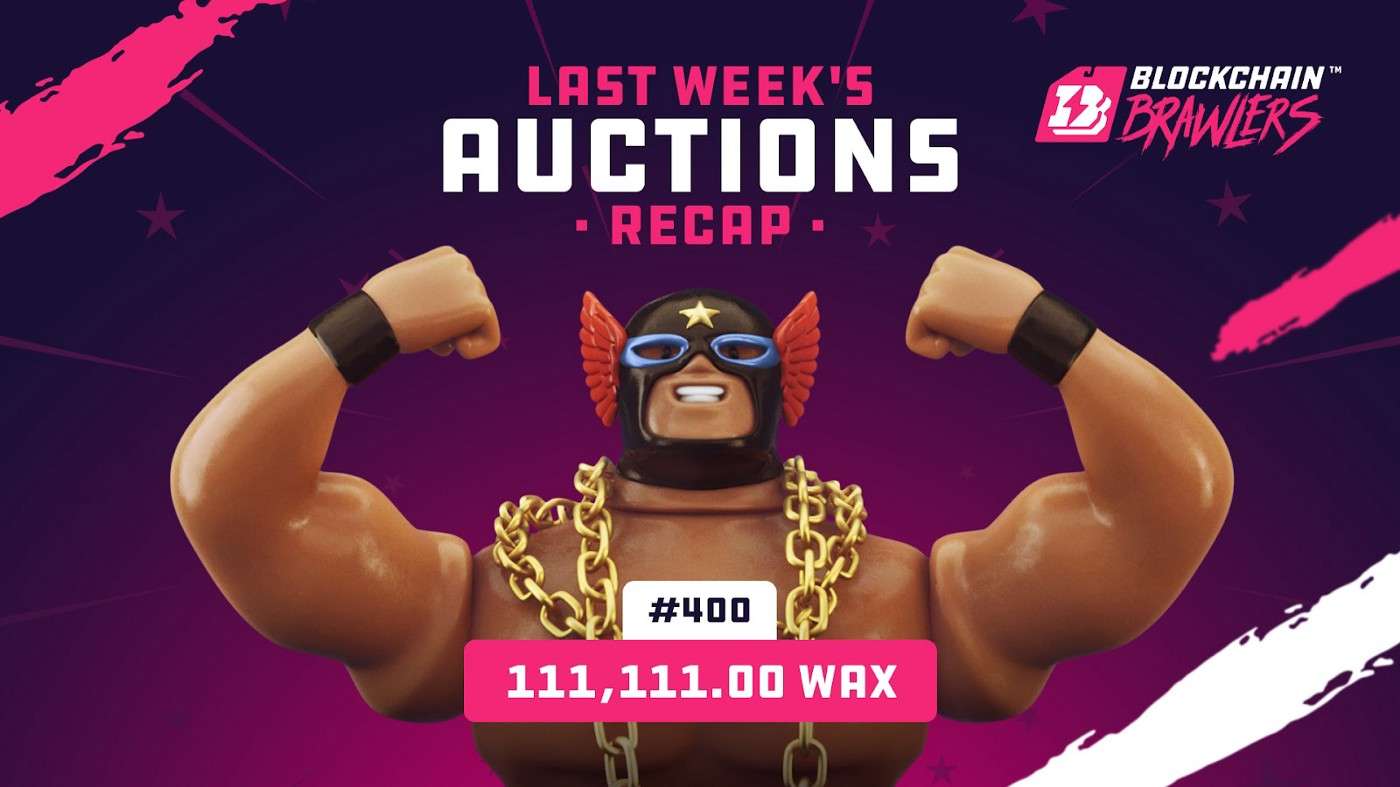 Ever since the first 100 “Founder’s Edition” Legendary 1-of-1 Blockchain Brawlers NFTs went up on the auction block (first on Binance NFT back in November 2021 and then on WAX Digital Auctions in January 2022), these bruisers have become the talk of the town.

People have literally lined up — virtually, at least — to bid on these iconic characters that have quickly become a tour de force in the metaverse.

To put it simply: Every auction that has gone live has inspired a bidding tug-o-war, and we couldn’t be happier with the results.

Last week, the crowd-pleasing “Founder’s Edition” Legendary 1-of-1 auctions finally came to a close, with countless eager collectors and players walking away with a rowdy Brawler of their very own, albeit some more highly-prized than others.

Check out which Brawlers drew the most hard-hitting bids over the past six months.

Last week’s final Blockchain Brawlers auction was no joke. The top Brawler was none other than The Heartlander, our second Metaverse Champion, selling for a hammering price of 111,111 WAXP. All four amassed a total of 308, 691 WAXP. Fantastic!

The other wrasslers weren’t too far behind him — Super Tanker, Frazer Blade, Don Dynasty and El Icono were undeniable stars fetching a hefty total of 531,812.6 WAXP.

Bringing the Heat Both In and Out of the Ring

To close out what’s been a ring-bending series of Blockchain Brawlers auctions here are the highlights of a few crowd favorites that collectors and players jostled to get their hands on.

If you haven’t gotten into the action yet, there’s still time! Score a “Founder’s Edition” Legendary 1-of-1 Blockchain Brawler on the secondary market here.