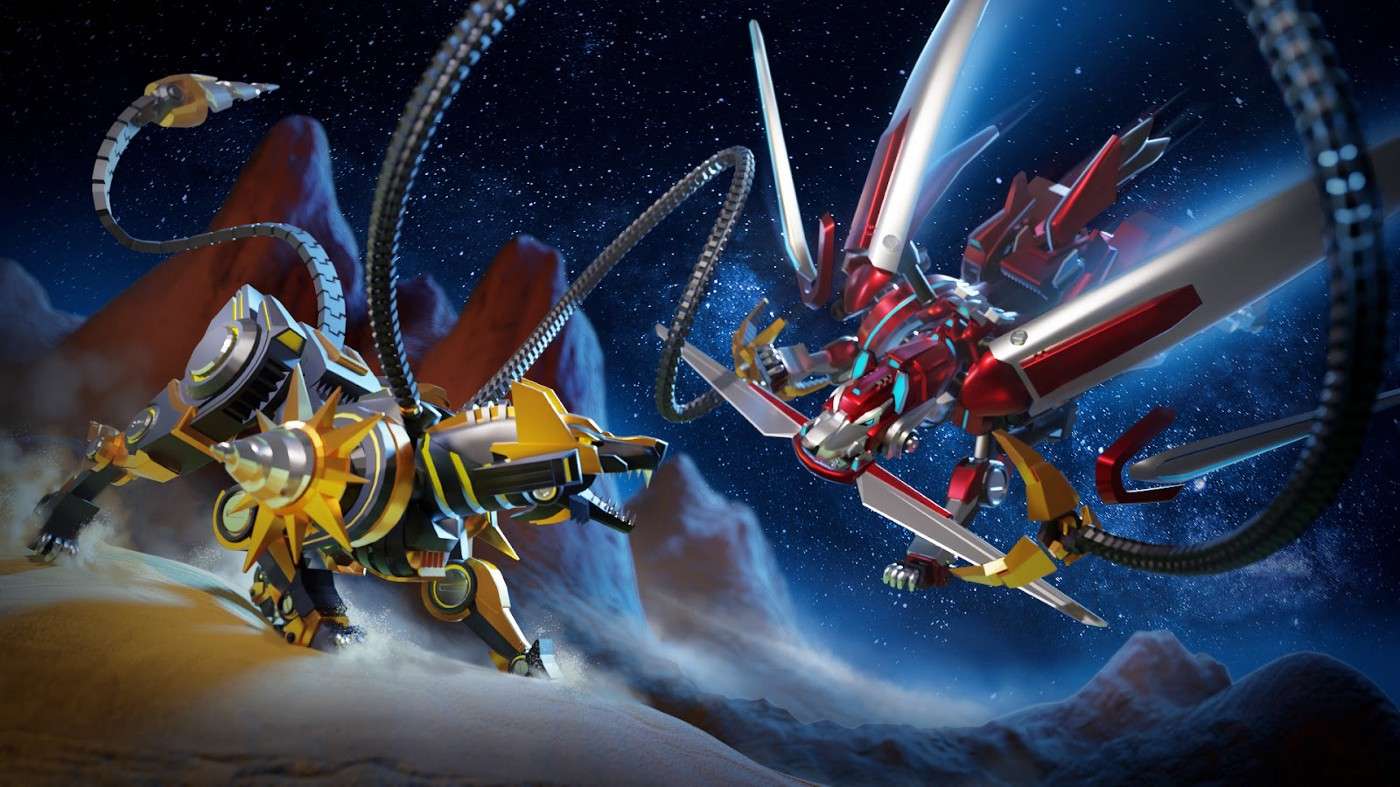 Earth’s once-thriving ecosystem is now devoid of life — floating in space as a post-apocalyptic wasteland, the humans that once dominated the planet are flecks of history.

Now, only Mechas, battle bots with advanced artificial intelligence, roam the land and try to make the most of their new home.

The time has come to forge ahead and explore this new world with your Mechas, attempt daring quests, battle for supremacy, improve your evolving skills, and claim rich rewards for your efforts in Mecha World, FGL’s latest play-to-earn (P2E) experience on WAX.

What is Mecha World?

Looking at Mecha World for the first time may tug on our heartstrings or lend a tinge of nostalgia. If you grew up in the 80s or 90s, you may have had the pleasure of enjoying bot battle-type cartoons and anime, such as Zoids or Transformers.

Mechas draw inspiration from these amazing shows, though they take on a life of their own in a new and interesting way. They start off (as of now) as canine-type battle bots. There are currently six (6) unique body types in 36 killer variants for you to collect — and we can anticipate other animal types joining the fray at a later date.

What makes these Mechas so special is what you can do with them. You are not limited to just the body style that you receive — rather, we are being introduced to something called Part NFTs. Keep reading for more information.

In order to jump into gameplay, you’ll first have to have at least one (1) Mecha. The very first pack sale is well on its way for whitelisted wallets — offering 900 packs in three (3) varieties.

Packs vary from small to large and provide a mixture of Mechas, Parts and Land NFTs, depending on which you purchase.

If you aren’t on the whitelist, or couldn’t otherwise get your hands on a pack, you can check the secondary market and pick up a Mecha for your adventures.

Once you have the basic NFT, you can dive into the good stuff, beginning with questing.

This is the bread and butter of the Mecha Worlds game. Essentially, you will send your Mecha on a timed adventure. There are three (3) different types you can enjoy — including short, medium and long quests. Each takes a unique amount of time and also requires varying amounts of Energy and FGL tokens (you can swap FGL tokens on Alcor, right here with WAXP). Sending Mechas on quests is free, but FGL Tokens are the reward.

The benefit? You can find some pretty sick rewards, like tokens and sometimes other NFTs.

As stated above, Energy is required for this aspect of the game, allowing your Mecha to operate and go on missions. Every day, users are allotted 20 energy, and once your Energy runs out, you cannot participate in any further quests for the day.

You can also set an option for auto-questing for selected NFTs to keep things progressing.

This lets your Mecha continue to tackle quests until their energy pool is depleted, and you don’t have to keep checking back in all day, every day.

But, there is a catch…

Crafting, Parts and Leveling Up

As you continue dominating the world and collecting rewards, you have the option to begin crafting.

Crafting is an essential part of Mecha World. It’s one of the primary ways of helping you succeed and begins with “Parts” NFTs.

Parts are unique items that can be crafted onto your Mecha, either visually equipping it with cool modifications — like a spiky tail, dangerously huge shoulders or a massive cannon strapped to its back — and others may increase the stats of the Mecha itself, giving you a one-up over the competition.

*When crafting, the Part NFT will be burned and the base Mecha NFT will reflect the changes in visual appearance and stat attributes. You then end up with a new and improved Mecha NFT.

As you level up and are equipped with new Parts, you’ll see your stats will rise. Just like many games, the further you progress, the more difficult certain daily content becomes. In order to help you continue winning quests and beating other players (more on this later), having upgraded stats is vital for your survival.

The good news is that the higher the level you reach, the further stats you possess — and the better Parts you can equip yourself with. There are many items that require you to be at a certain point in order to use them, making obtaining and using them that much sweeter.

Another twist — parts do have limited use. As your Mecha heads into battle, your equipped items will begin to deteriorate. This is where Workshops come into play.

As of right now, the level cap is set at 99, which means you have plenty to start working towards!

Reclaiming the Land: Workshops and Arenas

Land can be purchased through packs or on the secondary market, and it’s very scarce. Owning a piece offers you all kinds of benefits, and also other players around you.

This is where you have the option of owning and running two super important venues: Workshops and Arenas.

The Workshop is where players can go to fix their Parts both before and after they break. That’s right, Parts do have limited use, but they can be repaired! For example, if your Part has 10/100 uses left, visiting Workshop for a small FGL fee will get you patched up and ready to hit some more quests.

Even if your items have completely broken, you can still get fixed up — though the FGL fee will be substantially higher than if you’d caught it beforehand. So, if you’re running auto-questing, you’ll want to check back occasionally to make sure that your Parts are still in functioning order or else you may be out a few extra tokens.

Workshops aren’t the only things that Land can be used for — there are also Arenas.

If you’re familiar with any other games, the word Arena might make you think of player-vs-player (PvP) gameplay — and you’d be right!

Arenas host Battles, which are 4v4 real-time duels between players’ Mechas. The system will be run as a turn-based strategy with a pinch of luck. Everyone will have a set of dice to roll, and the number will determine the damage you deal, plus if you have access to any special abilities.

In fact, Draco Dice is making an appearance in Mecha World by bringing a specialized set of NFTs that you can use to gain the edge over your competitors. These dice pack a serious punch, and anyone interested in Battles will definitely want to get their hands on some.

Winning these Battles also earn you unique rewards, including more FGL (the prize pool is the entry fee of each player) and more NFTs.

Now, anyone who owns a Workshop or Arena that is visited by another player will earn a percentage of the FGL spent to repair or Battle. To make it fair and simple for all, each of the landowners is thrown into a pool and the earnings are passively split evenly among all of them. That way everyone gets a cut and a consistent flow of rewards.

That’s not all — coming down the line are additional customization options, including a “real” Workshop and Arena space for owners to decorate, bringing an entirely new level to the Mecha World experience.

In case you’re new to FGL, the founder of Mecha World, it’s been around since 2007. It’s brought over 100k Web and mobile games to market and millions of gamers have played them.

We’re talking about games like Mystery Society, Bingo Quest, Home designer, MatchVentures and many more. The company has managed more than 2,500 mobile apps and has enjoyed seeing 50-plus of its games in the top 10 charts both in the Apple App and Google Play Stores.