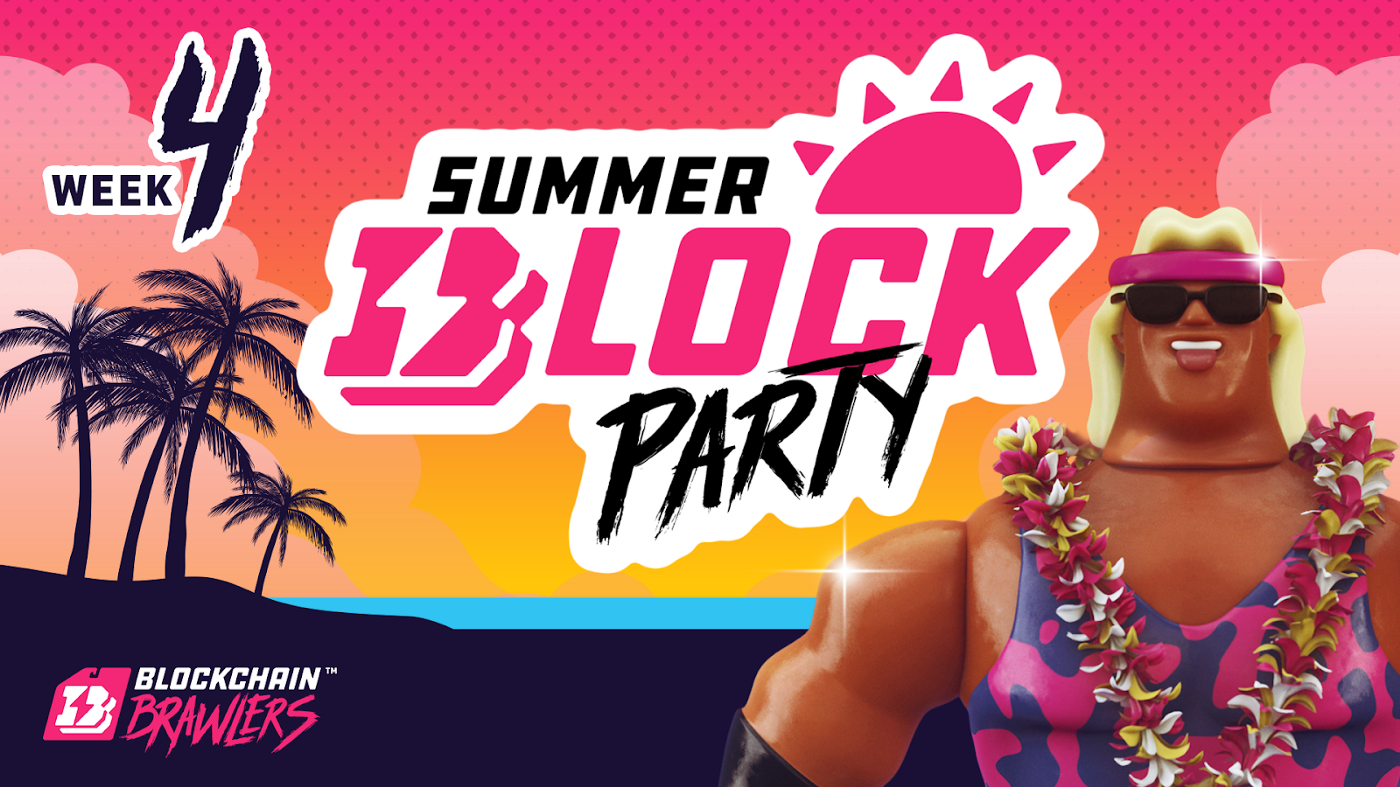 Starting in August, WAX Studios’ launched an all-new player appreciation event for you Brawlers — the Blockchain Brawlers Summer BLOCK Party, where players from across the globe had the rare chance to get a sneak peek at what it’s like to build a game while having a chance at some awesome prizes and rewards.

In case you missed it, there are just a couple more days left before this party’s last call wraps up.

In the meantime, we’re going to catch you up to speed with a quick review of all the awesome news brought to you we covered in our biggest ever month of giveaways and reveals. Check it out!

A BLOCK Bash to Remember

Given this is the first year we’ve held an event like this, we are delighted with the turnout from the community surrounding the Summer BLOCK Party player appreciation event.

Each week, we saw tons of Ambassador submissions coming through, with all kinds of YouTube videos, Tweets and Twitch streams celebrating with us.

We kicked off August’s Party with Barry Greenhorn showing us the ropes on brand new official 3D models to be used in-game — and let’s just say, we’re loving how it’s turning out!

We didn’t pull any punches as we gave an in-depth look at the actual gameplay of the PvP card game designed by Richard Garfield, creator of Magic: The Gathering.

See for yourself here.

If you love shopping, we brought you some awesome news. No more opening more tabs to get your Brawlers suited up. Plus, we threw in some brand-new crazy attack animations to knock your socks off! Barry Greenhorn means business, folks.

Check it out here.

Week 4 — A Look at the PvP Closed Beta

Last but not least, the WAX Studios team went into depth on the inner workings of the closed beta with a detailed walkthrough. We also reached out to receive feedback on how the game felt to those who were invited to join the beta — if it was fun to play, easy to understand, balanced and so-on-so-forth.

Overall, we were quite pleased with the outcome, and although we hit a few bumps in the road, we are more confident than ever that the Blockchain Brawlers PvP is going to be a smash!

Get the nitty-gritty here.

Not only did we give you a close look at the game and development process, but we also opened up a new bountyblok contest every single Friday for you to participate in.

Our community is filled with phenomenal people and we wouldn’t be here without all of your support. That’s why we wanted to do something special and hand out a select few (quite desirable) prizes.

Thank you to everyone who joined us on this journey, and a huge congratulations to those that won!

Plus, cheers to everyone who won one of the dozens of exclusive Swag Kits and to this week’s final contest giveaway getters.

Keep your eyes and ears open for more Brawlers news headed your way — the Party may be over, but we’re just getting started.

As always, questions and comments are encouraged, and we invite you to join the conversation on Discord.