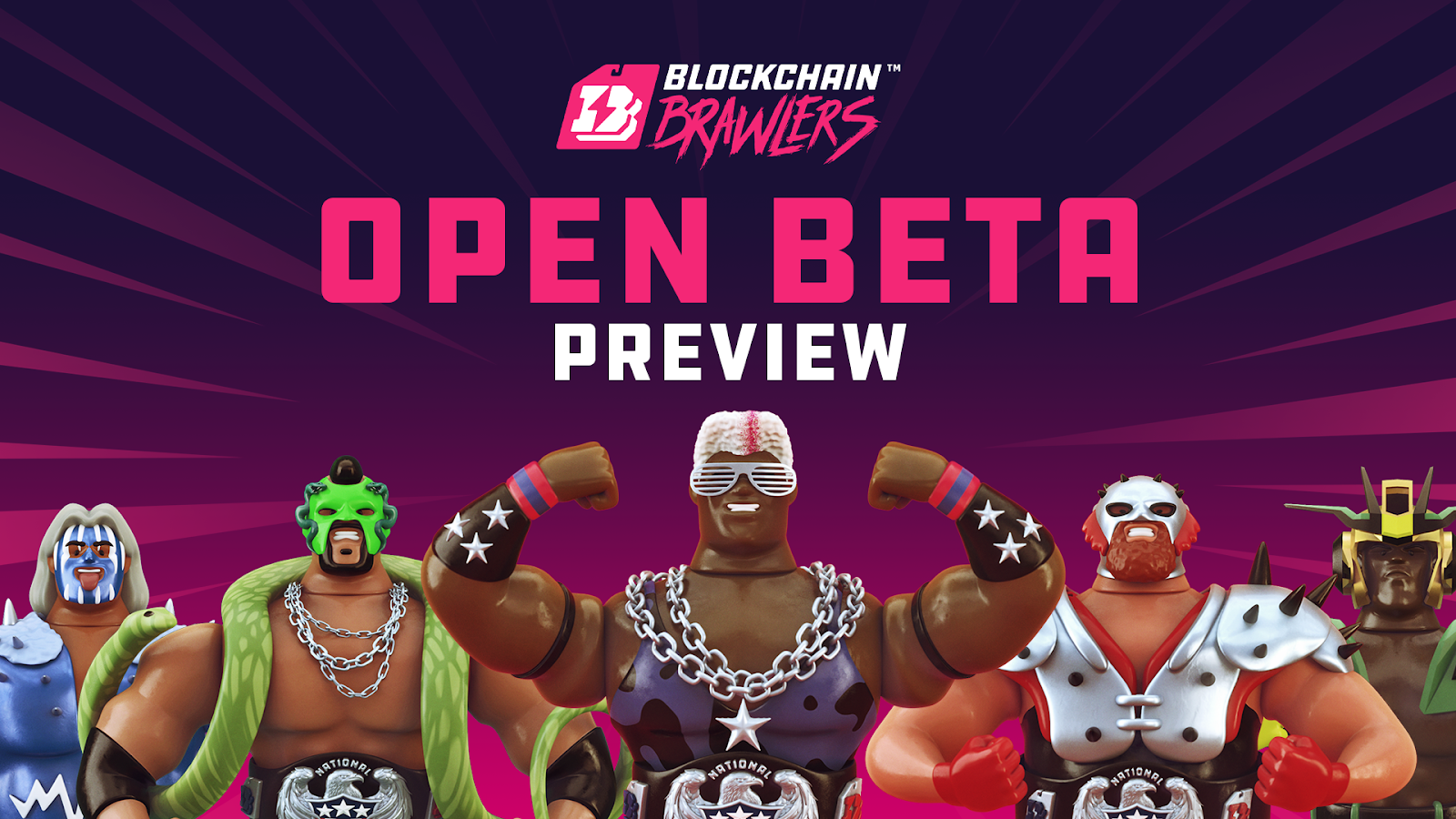 The TL/DR — The Open Beta is live on 9/20 at 1 pm PST. Download the client on Steam (PC/Mac), no keys required. There are some limited moves and some stats are tracked. Rule changes were added that allow for bigger momentum swings.

The Open Beta Preview will be the next step in our continuing journey to launching the full game. As always, there have been a lot of things accomplished since we ran our last closed beta test.

Whether you are just joining us or you are a cagey old vet, here is what to expect when the Open Beta is released on Tuesday, September 20 at 1 pm PST. How and where to go within Steam is all to be determined and will be shared broadly in Discord, Telegram, Twitter and everywhere else our Brawlers socialize. If you still can’t find it, @ us in our BB Discord Gen Chat channel.

Every testing session we do gives us insight into how we can better improve our game to deliver the best possible Brawlers experience to you.

Our main goal for this play session is to better understand how well the game is balanced since we’ve made some adjustments, including four (4) major rule changes and an increase to the player starting health pool. We also want to get a read on how newly tracked statistics impact session performance.

Plus, we’ve put in a limited number of moves for players to view, where you can see what it really looks like to land that final blow to your opponent.

Lastly, we are going to have more new players than ever, so onboarding will also get looked at despite the fact that we still won’t have a tutorial in game.

Our last beta revealed to us that a popular meta consisted of turtling early and often, fold, fold and then fold again was a popular start. To counter this, we added the “1/3” card rule change. When a player wins with a 1 card or a 3 card in their hand after the hand resolves, instead of just getting +1 added to their Power Meter for winning the hand, they get +2 for each 1 or 3 they played that round. If they win a hand with a 3/3, their Power Meter goes up +5 (1 for the win a 4 because they used two (3) cards and so on).

What we have noticed in our internal testing is that the Power Meter is consistently higher sooner. The chance for massive blows and dealing out big damage quickly is real.

To make sure games don’t end in 15 seconds, we have increased the starting HP pool from 20 to 25. This will allow players to adjust to the new power curve and weather a blow or two while acclimating to these new rules.

We think the 3/8 hand is now maybe the most interesting hand in the game with a total of 11. Having a 3 present will give your opponent a lot to consider in terms of how they are going to respond.

We also updated “Ties” to resolve correctly. From now on when two players tie, both sides will receive full damage, but each player will also have their Power Meters reset to 1.

The final rule change is tied to “Folding” when at the hand card limit of 6 cards. Now, if you fold with 6 cards in your hand, you will have the chance to discard some or all of your cards currently held.

We’ve also fixed a lot of major bugs tied to intermittent crashing, UI conflicts and information being collected and displayed correctly in the game console.

The last build we published in the previous test was v0.2.1 and we are now on v0.3.1. There have been a significant number of additions and improvements. Below is the minimum number of different things that will be in the build you play or what you can expect to experience:

As always, join the conversation on Discord and let us know your thoughts.