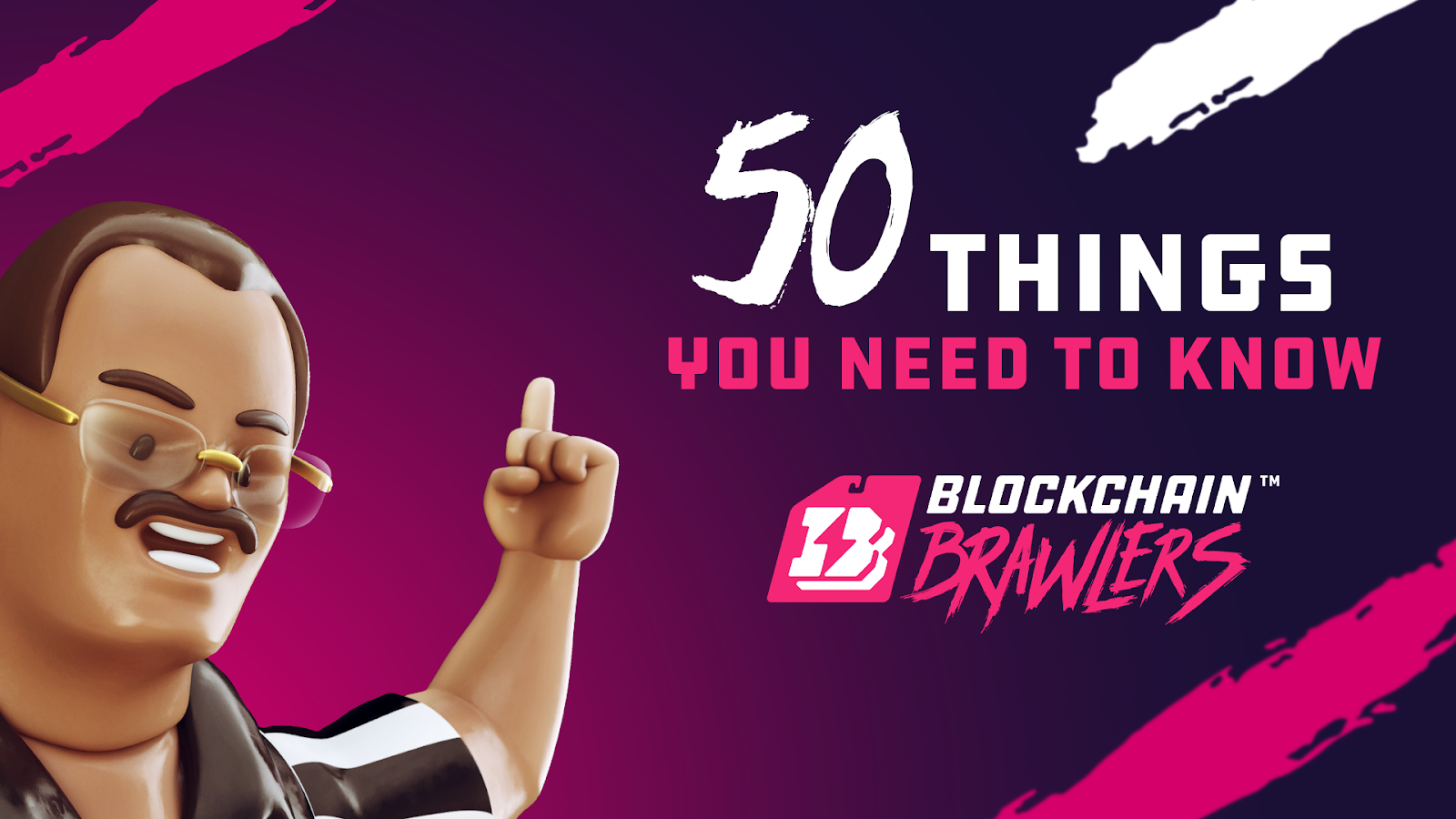 This is our most information-dense article ever and it represents an evolution for the game team in how we keep you informed with the happenings of the Blockchain Brawlers universe.

Now that we have been very present in your lives over the past nine months, we are going to stop writing as many blog posts and focus more on delivering content and features that we know you want. As Elvis says, “a little conversation, a little more action baby”.

This month, we will be all about “action”. As such, this post is going to share with you everything we are planning on delivering to you this month or very soon thereafter.

We are doing our best to answer all of your questions — but, if we fall short on our goal, don’t hesitate to reach out to us on the socials or attend one of our town hall-style meetings and request some mic time.

Without further ado, here is what we have planned for everyone in October.

A. Marketing Update — There has been a lot of discussion around the timing to bring more players into the BCB funnel. The timing is largely dependent upon features and functionality for the target audience.

B. Product Feature Update — The upcoming beta release will take us from (the previously released) version 1.0.9 to (the current release) v1.1.6, which means a lot of material changes await you. Here is a list of what you can expect to see next time you play the PvP mode.

C. Gameplay Balance Update — We are pretty happy with how the new balance changes positively evolved and added to the meta. The final rule has been added. This is the option to “Discard” when you fold at the hand card limit. This could have serious implications for end-of-game situations.

D. Site Update — There are three (3) major components that make up the Blockchain Brawlers website. There is the PvP game, the storefronts and the BRAWL-O-SEUM. We are going to run through all of the changes you will see in the month of October for the site.

E. The PvP Game Launch — We believe that the PvP mode will be going live in October at some point, even if this means the very last day. I appreciate everyone would like an exact date. The reality is, at this point in time it is too hard to make a call on precisely when. The desire to deliver something great is far more important than being fast to market. The challenge for us is that this requires a lot of coordination between two teams from two different companies. Building things collectively for the first time has a high degree of schedule risk. And rather than hitting an arbitrary date we rather give you a buttoned-up, turnkey experience. When we are talking about your BRWL being on the line we cannot and will not rush this deployment out the door.

In order for this launch to happen, there are two fairly large gating items that need to be implemented and rigorously tested. The first is user authentication. We want you, your wallet and all of your assets to be validated and viewable when you play.

The other and a much heavier lift is the wiring of the player loadout. Before you go into battle, there is a set of cards and moves required to actually be able to play in a PvP match. This loadout will allow you to place your assets in the right spots and show you if you have any gaps in your arsenal. There will also be more than one loadout for you to use in case you want to go deep on separate Brawler decks.

Here is an early draft of what the loadout could look like, the final product may change, but this is pretty close to final.

F. New Gameplay PvP Mode — We are excited to finally announce the development of a new “Brawl for All ‘’ mode coming later this fall to Blockchain Brawlers. The great developers behind HodlGod, Onessus, have been hard at work at bringing their AI driven combat engine to Blockchain Brawlers, utilizing Unreal Engine 5 and the Epic motion library of moves for a “King of Ring ‘’ style competition.

Forty (40) players will enter the Ring starting with eight (8) all at once, and then one (1) new Brawler will enter every 15 seconds. If a brawler loses all their health, they will get flung over the top rope and out of the ring. There will be a small BRWL entry fee and the top finishers will split the pot. Sign up for a slot and then tune in to watch the live stream. The more Brawlers and higher quality assets that you own, the better your overall stats will be for the Brawler you enter into the competition. Higher rarity Brawlers will also start with clearly better base stats.

And, as we always promised, the BoS owners will get in on the action as well. When this new mode rolls out, you’ll have the chance to craft power ups (think +HP, +Crit%, +Evade). How we handle this is tbd. The thinking at the moment will be a random drop chance with every successful Rarity Pack you create.

In a nutshell, these are some important deliver dates to be mindful of:

The week of October 17 — Asset upgrading

The week of October 24 — Monthly Tournament #2

We hope this comprehensive overview of the changes heading your way proved insightful and useful. As mentioned above, you can expect to see more posts like this in the future, so keep your ear to the ground for more Blockchain Brawlers news.

If you have any questions or comments, join the conversation on Discord.

Until next time, Brawlers!