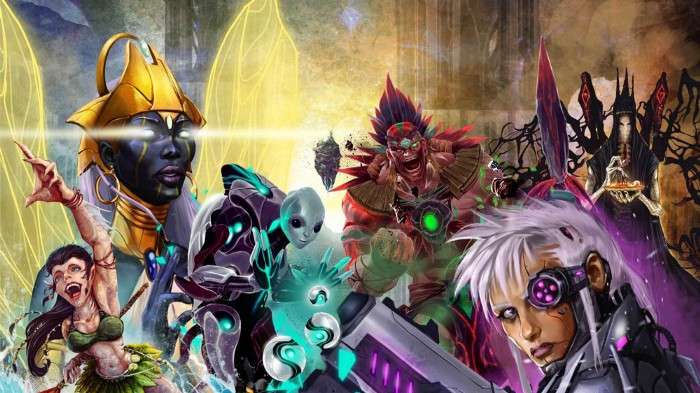 Play-to-earn gaming is making its mark on WAX, and the brand-new project Novopangea is no exception.

Enter the world of vivid and immersive storytelling, where dazzling artwork and in-depth character building are just the beginning.

What if you could help shape the story, vote on pivotal proposals and earn tokens while exploring, surviving and thriving in a thrilling adventure.

Novopangea will make it all possible.

In Novopangea, the creation of a new world has already begun with a core group of community members who boast an insatiable desire to help shape the future of the project. It all began with a spark of passion via the game’s creator Zine Studio and the goal to make an exciting play-to-earn experience that is accessible to anyone and everyone, not just the privileged few.

Oftentimes, we see P2E games being dominated by bots and whales who are rushing pack sales and flipping assets on the secondary market for exorbitant fees. However, Novopangea runs in a new kind of way.

It all begins with a choice of story packs, where you can land some pretty phenomenal artwork.

All the NFTs inside the packs offer you the opportunity to generate Creator Credits (the higher the rarity, the more Credits you earn) — this is the meat of the in-game economy that makes the game so unique.

These credits can be used to purchase just about anything under the Novopangea sun, including land, additional packs/NFTs, Obsidian (the in-game currency) and any other treasure you may need through your adventures.

If you want more Credits, you can earn through participating in gameplay or collect Story Mode NFTs, which can be purchased here — it’s that simple.

Hang on, though — there’s another token ready to storm the blockchain: Novo Tokens.

Novo Tokens should be arriving in roughly a month as a premium token. This means that it’ll be stakeable for additional yield, is fully tradable and has potential to be used in spinoff projects and other games.

Now, this adventure’s about to get wild!

6 Realms + A Story Waiting to Be Written

Your story is getting ready to unfold, in a world where six realms coexist — Light, Water, Time, Earth, Space and Shadow.

Novopangea is unlike any other game on WAX. The innovative journey that awaits you in this story-driven game is something special, because you will play an important role in how the game develops.

To the devs, the community is the beating heart of the Novopangea experience, and they want you to feel that.

That’s right, we’re talking about the right to vote for real change.

From artwork to the direction of the story, how you earn and eventually even token governance, your opinion will help to guide how the game expands and develops over time.

Build a thriving community and befriend your neighbors, or fight for supremacy of the new world. Put your votes to good use… and choose wisely!

With the official game launch just around the corner, it’s essential to start thinking ahead. In fact, the first Chapter Pack drop and land-grab occurred just a few days ago.

Land claims are still currently live and will remain so until 20,000 per realm have been claimed — that’s a total of 120,000 plots to snag.

If you missed out, don’t worry — you can still get land through the Players Hub once you earn some creator Credits.

The rates are as follows:

*If you want the discount, you will have to purchase each plot individually, and there is no mixing and matching.

You can expect to see the initial game launch by the end of Q1 and into early Q2 of this year. Then, you can put land down on plots, build buildings and receive yield from the game.

We know you’re ready to dive in — head over to https://hub.novopangea.io/ and make your free account today!

According to the leaders of Zine Studio, the team chose WAX for its built-in community, the low fee structure and commitment to the environment.

Where community is concerned, the WAX Blockchain hosts a melting pot of characters, ranging from comic book enthusiasts to intense gamers — the perfect mesh of exactly what Novopangea needs to grow and thrive.

Not to mention, WAX’s carbon neutrality and ability to run efficiently and effortlessly is a huge positive for any game developer.

We are excited to see how the Novo-story unfolds!

Community spotlight stories are not an endorsement of a project by WAX.