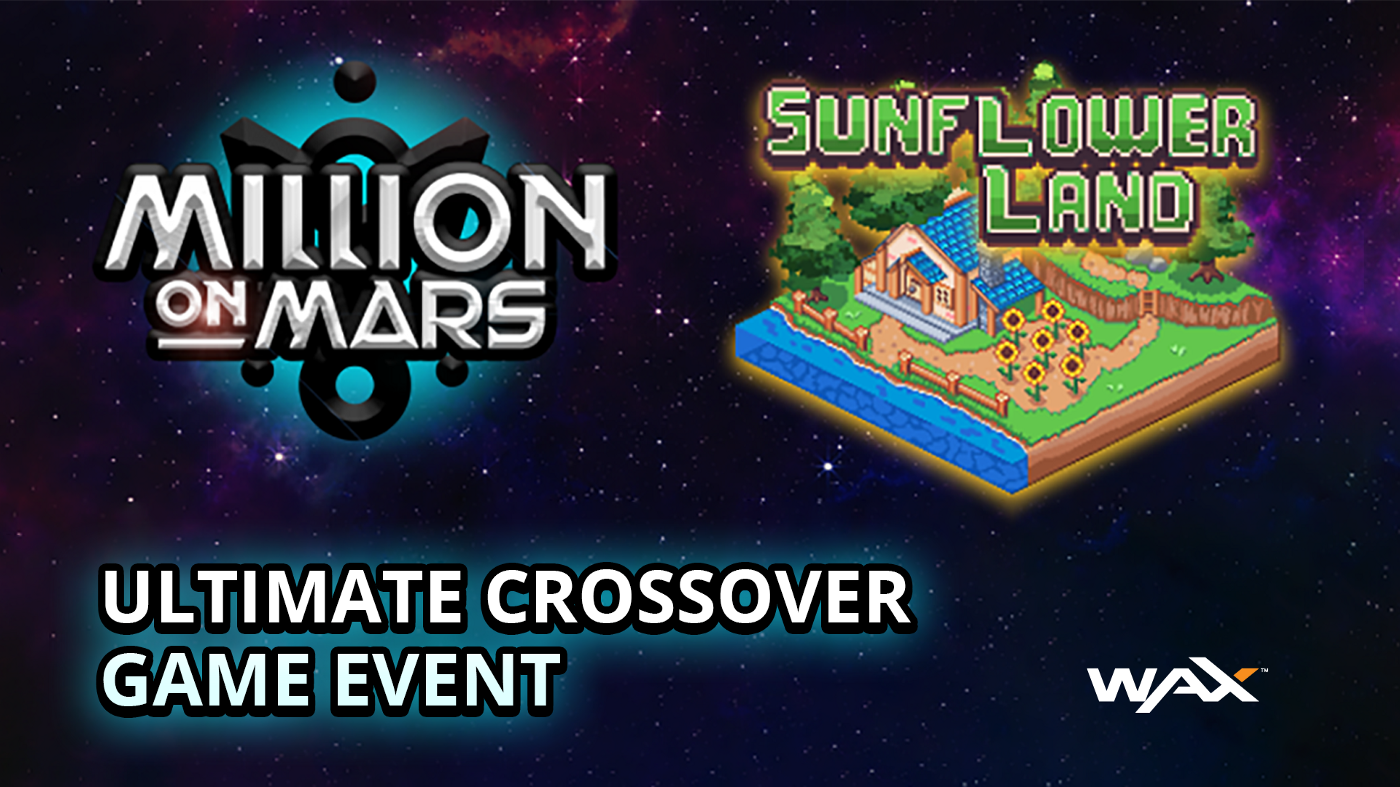 This is one of the first times in web3 history that two thrilling games will join together to bridge universes and create genuine interoperability between them!

For hundreds of years, humans have fantasized about living on Mars. The red planet sits about 34 million miles away from Earth, depending on the orbital position of both planets. It also has about one-third the gravity of our world and an average temperature of -80 degrees Fahrenheit, making it purely hospitable for semi-autonomous NASA robots, not humans.

Nevertheless, a crewed mission to Mars could happen sooner than you think, with SpaceX aiming to make the ambitious vision a reality. Currently, they are developing reusable rocket spaceships called Starships to take people and payloads to Mars and beyond.

If you’re keen on bringing that future-forward and toying with the idea of off-planet exploration, it’s time to turn to the next best thing, the Million on Mars Metaverse.

Million on Mars is a play-and-own strategy game, where you can acquire your very own plot of real Martian terrain (each plot is 40 acres). Within the world of the game, you can shop for or build your own rovers , construct buildings using blueprint NFTs, scavenge, plant crops, filter water and even build your very own Dusk empire (Dusk is the official in-game virtual currency).

Delivering the most realistic MMO Mars city-building experience, Million on Mars is grounded in science. It offers a rich, player-driven and owned economy where you unite to problem-solve with other players and team up toward a common goal — building a thriving settlement of a million people.

The game is built on the WAX blockchain, and you must have a WAX Cloud Wallet (WCW) to play. However, everything you craft on the red planet can be leveraged across multiple blockchains. Stay tuned, an in-depth Community Spotlight is coming your way soon.

This incredibly fun, immersive gameplay experience is like no other… and it’s about to get even more exciting!

Million on Mars and Sunflower Land (a rapidly expanding play-to-own crypto farming game on Polygon) are partnering up to send players on the ultimate cross-chain, crossover quest. This is one of the first times in web3 history that two thrilling games will join together to bridge universes and create genuine interoperability between them!

The Crossover event will start at 9am CT on May 24, 2022, and run until 9am CT on June 23, 2022. Following the event, interoperability will remain in place for both games.

Sunflower Land players will help eccentric and brilliant entrepreneur and Martian, Melon Dusk (who crash-landed his rocket), gather items to repair it and safely bring him back home to Mars. Players who complete the mission will be able to travel to Mars for part two of the adventure.

Meanwhile, in Million on Mars…

A rocket carrying glorious sunflower seeds from Sunflower Land has crashed and scattered special sunflower seeds all over the planet. Dive into a multi-day crafting quest to collect seeds and unlock special items and be rewarded for your efforts.

This is going to be the adventure of a lifetime. Players, are you ready?

Also, enter the “Million on Mars x Sunflower Land Crossover Giveaway!” There are some out-of-this-world prizes up for grabs. Click here to get in the action.