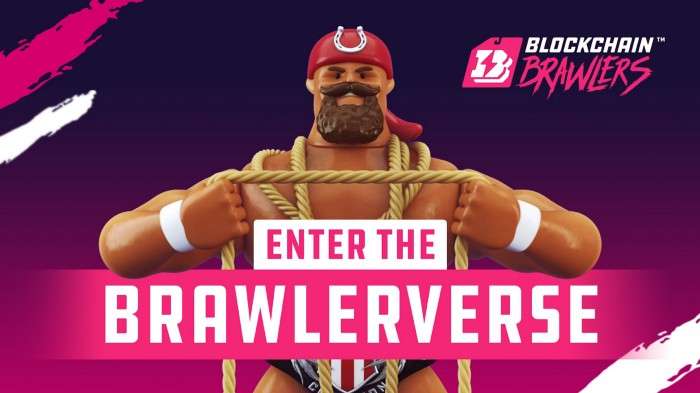 If you own a Brawler and spend time and energy on our Discord, you’re not just a player, you’re a potential participant in Blockchain Brawlers’ living, breathing world.

Blockchain Brawlers gives its community real power to impact the future of the game. As a player and member of our Discord, you could be involved in shaping our Brawlerverse, and maybe even become a character in our weekly stories.

Starting this week, we will begin adding layers to the world, the angles and stories, and the characters that will be a part of our legend. Our team consists of a crack-shot group of writers, game producers, and YOU.

Read on for how YOU can be part of this process.

Why Are We Doing This?

If you own a Brawler and spend time and energy on our Discord, you’re not just a player, you’re a potential participant in Blockchain Brawlers’ living, breathing world AKA The BRAWLERVERSE. We intend to create this one-of-a-kind rich pro wrestling world and — for the first time ever in a game — make YOU as players the source of our inspiration. (Lookin’ at you #ScottyGang).

It’s (sort of) an interactive show… but you’ll ‘read’ it as blog posts and social media and Discord.

We want to create a steady flow of information. So we’re going to start posting directly from BRAWLERVERSE HQ! Think of it as your own personal wrestling dirt sheet, with story updates, shoutouts to some of your social media feeds, and more. While you — the players — battle in the ring — we’ll try to fill in what happens beyond it.

Get Involved! Join Our BRAWLERVERSE NOW!

Here’s how you are officially invited to participate in the process:

The future is up to you. We’ve never tried this before, and we’ve never seen a game or show try to collaborate with its audience this way. In a perfect world, collaborative (dare we say ‘decentralized’?) world-building and storytelling become a rich part of Blockchain Brawlers. But obviously, it needs to be fun, meaningful, efficient, and a whole lot more… So we are approaching this as a grand storytelling and world-building experiment. We look forward to collaborating with you!

Join us on Discord to join in the fun!