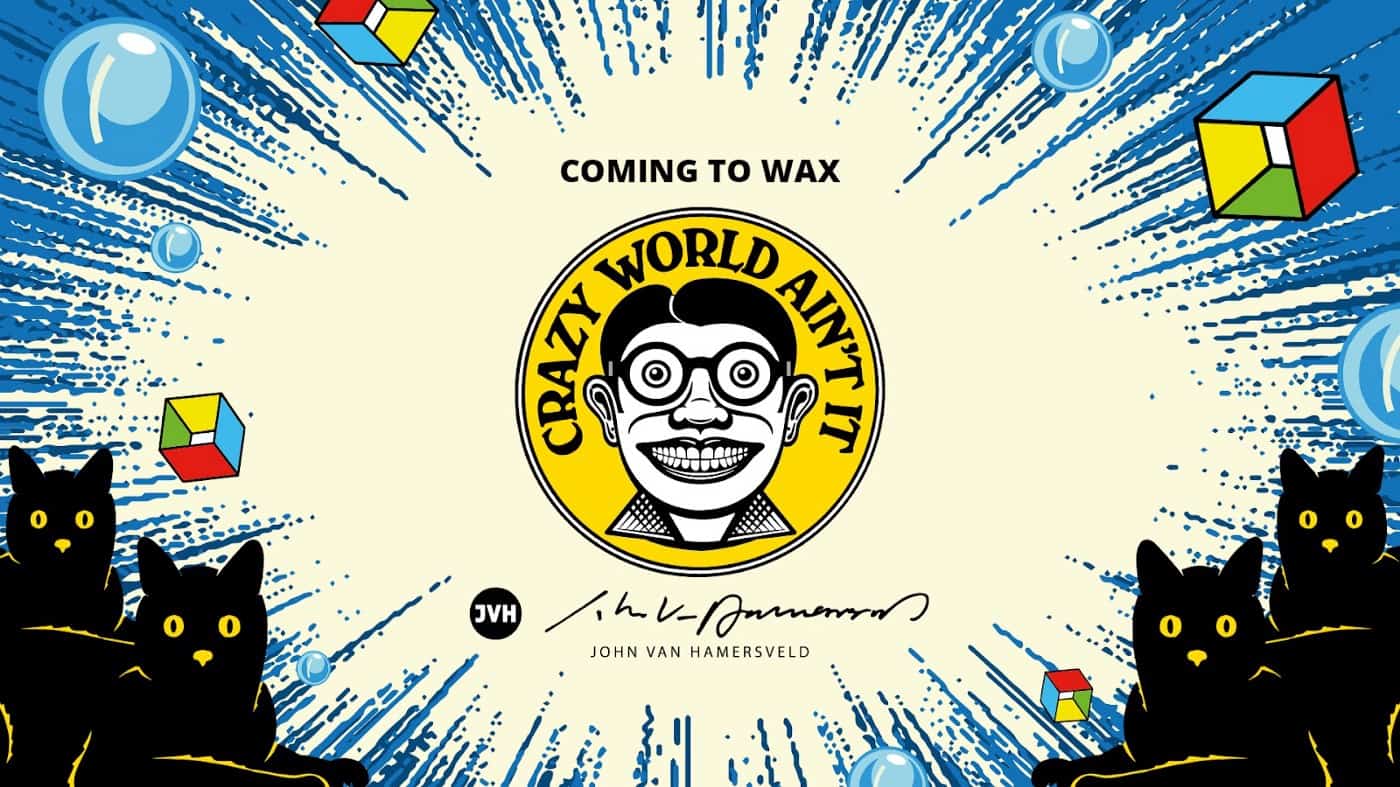 Legendary graphic artist best known for “The Endless Summer” and Jimi Hendrix posters as well as historic album covers for The Beatles and The Rolling Stones is set to release the Post-Future NFT Series on WAX.

The extraordinary adventure of contemporary graphic artist John Van Hamersveld begins in 1964. The Endless Summer is released in movie theaters and Van Hamersveld’s poster, bursting with color and flair, becomes one of the most significant and important posters of all time.

Van Hamersveldʼs images have persisted through the decades because they capture the essence of their subject, distilling the most powerful elements of a picture down to a graphic icon that becomes an emblem of a feeling, movement, or a way of life.

From being among the very first skateboarders in the early 50s, to being an essential part of the hippie explosion in the 60s, to creating vital multimedia works in the 21st century, Van Hamersveld has always blazed a trail in Popular Culture.

Van’s, Billabong, Disney, Electric Eyewear and Obey Giant have all released extensive collections with John’s imagery. He continues to have major exhibits around the country and the world as well as the installation of large-scale public murals across the U.S.

Now embracing an entirely new medium, Van Hamersveld takes a deep-dive into the future via his vibrant Post-Future vIRL NFT Collection on the WAX blockchain, set to launch on August 24, 2021.

The WAX collection is both a celebration of his phenomenal career and a reference to the 11-minute documentary John Van Hamersveld: Crazy World Ain’t It that has captivated fans worldwide since its release in 2020. A colorful glimpse into the kaleidoscope that is John Van Hamersveld’s seminal art career, viewed through the eyes of many artists and innovators he has influenced.

On August 24 at 1 pm EST, you will have the opportunity to purchase Post-Future packs on the WAX Blockchain to collect and own epically cool digital art created by Van Hamersveld exclusively for WAX.

These wildly entertaining creations can be found and crafted into four (4) contemporary rarities:

If you’re lucky enough to win a Post-Future vIRL (there are only 128 in existence), you’ll be able to redeem it for an assigned JVH collectible in the form of six Dunlop guitar picks inside an artfully designed tin or enamel pin set created by Yesterdays.

There are only 5,000 Standard Packs and 3,500 Mega Packs available, so we recommend acting fast. We’ve seen collections sell out in as little as 35 seconds.

Get Crafty with JVH

To craft your final NFT, you must first obtain all five (5) identical pre-future cards. Each card reveals a single layer of the final NFT. When they’re all combined, the vibrant art comes to life.

Keep in mind, pre-future cards do not have a rarity attached to them — the rarity for your final NFT is assigned at time of minting, once crafting is complete.

*Pre-future cards are burned in the crafting process, increasing the overall scarcity of the collection.*

Click here at 1 pm EST to claim your packs and begin unboxing your collectibles at 4 pm EST the same day.

As a collector, you will have the option to hold or trade your unopened packs and individual cards on the secondary marketplace.

Remember, there’s no rush to open your packs — all NFTs sold on WAX are pre-minted. Your odds of receiving a low mint are the same regardless of when the pack was originally purchased.

Join us for a quick stress test the day before official launch on August 23 at 1 pm EST to help us work out the kinks. As a thank you, WAX will gift you a free promo pack — you can then open it at 4 pm EST later in the day.

Purchasing NFTs on WAX and its associated marketplaces ensures a green future for the blockchain. Officially certified as carbon-neutral, WAX provides fans with the collectibles they desire while offering the chance for partners and artists to flourish and supply valuable treasures for years to come.

We’re thrilled to welcome John Van Hamersveld to the WAX blockchain — trust us when we say this collection is supremely cool! Hang on tight — the Post-Future vIRL NFT packs will be well worth the wait. Join us on August 24 and claim yours!