Street Fighter V Back on WAX 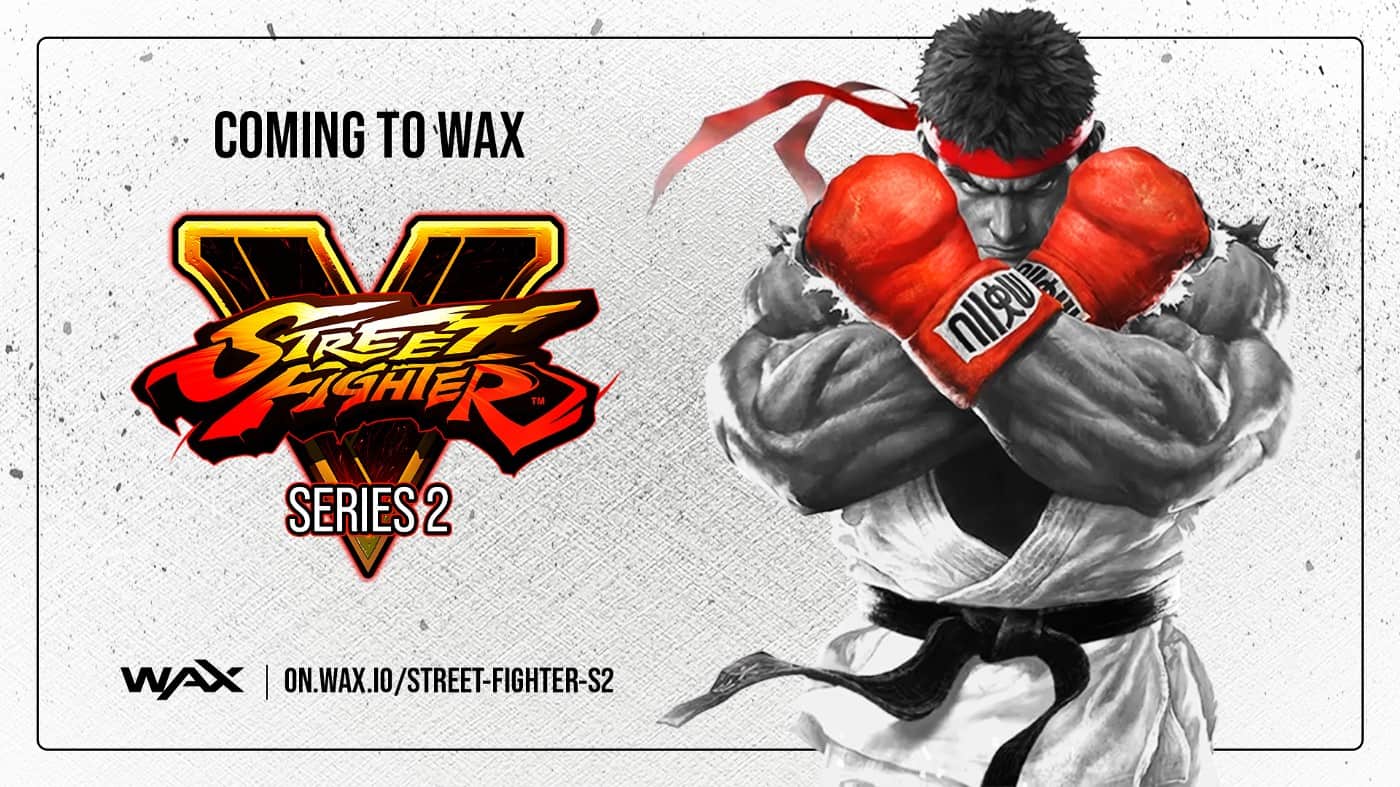 Capcom re-ignites the fight and challenges players to throw down, collect, craft, and win on the WAX Blockchain in the Series 2 Street Fighter V NFT Collection.

Street Fighter has earned its space amongst some of the most sought-after and beloved NFT series on WAX. Following the epic release of Series 1 collectibles in February of this year, collectors continue to trade, craft, and “level up” in Capcom’s immersive NFT experience.

On July 15, it’s time to suit up and get ready to fight again. The much anticipated Street Fighter V Series 2 collectibles are coming to the WAX Blockchain.

What You Can Collect

Not only do you have a chance of owning one of the very first animated Street Fighter cards in history, you’ll also be able to experience crafting like never before — featuring 4 blood-pumping rarities that can each be “empowered” to unlock additional animation.

Rarities include, but aren’t limited to:

Plus, class cards take the collection experience to a new level.

What’s even more exciting — for the first time in Street Fighter NFT history, animations have been thrown into the mix in select variations. From powerful blasts to dazzling displays of skillful moves, these cards are sure to be a hit.

There are only 15,000 Standard Packs and 25,000 Ultimate Packs available, so don’t wait to get in the game. Previous NFT collections have sold out in as little as 35 seconds!

What You Can Do with Your Packs

You have a few options including holding, trading, or opening your packs and jumping into the crafting process.

The power is yours to choose — NFT your way!

When opening your packs, you’ll receive basic Ki cards and an assortment of character build cards. You’ll then have the power to combine them to create entirely new cards.

Ki cards implement a new way of crafting, including:

Only Basic Ki NFTs will drop from your packs. One (1) of these, combined with two (2) matching character build cards, will create a power level one (1) final character NFT.

In order to craft an empowered Ki card, two (2) basic Ki cards must be combined. This empowered version, paired with five (5) more matching character build cards, and your power one (1) NFT, will upgrade* your final NFT to a power level five (5).

*Upgrading your NFT will not change its rarity.*

Additionally, when the power five (5) NFT is finalized, collectors will also receive one (1) of three (3) epic class cards:

Class cards, when initially crafted, are also assigned a power level of one (1). In order to upgrade each to a power level five (5), the crafting recipes are as follows:

Two additional character NFT cards, Dan and Rose, are available for collectors to achieve. The catch is that users can only receive these characters via crafting with powered-up class cards.

Rose will take collectors one step further in difficulty.

When minted, Rose will have a chance at four unique rarities (Base, Flame, K.O., and Collector’s Edition).

And the Icing on the Cake…

Yes, collectors can upgrade* Dan or Rose power level 1 cards to power level 5 by simply combining two (2) of their matching NFTs (For example: 2 Rose Base cards or 2 Dan K.O. cards).

*Cards are burned, or cease to exist, when applied toward crafting a new or upgraded NFT. This increases card scarcity.*

Excited to own a piece of Street Fighter V history? We strongly recommend creating a WAX wallet at least one or two days prior to launch to increase your chances of securing your packs.

Also, consider joining us for a “Stress Test” on July 14 at 1 pm EST. You’ll be an important part of helping us hammer out kinks and bugs. In return, WAX will reward you with a free promotional pack as a “Thank You”.

You can then unbox your special edition Stress Test NFT later that day at 4 pm EST.

Remember, as with all launches on WAX, all NFTs are pre-minted. You can open packs and begin crafting at your own pace — the odds of receiving a low mint is not dictated by how quickly you start crafting.

Purchasing NFTs on WAX and its associated marketplaces ensures a green future for the blockchain. Officially certified as carbon-neutral, WAX provides fans with the collectibles they desire, while offering the chance for partners and artists to flourish and supply valuable treasures.

Join WAX and Capcom on July 15 to celebrate the genius of Street Fighter V. We’re expecting some fierce competition and thrilling craft reveals.